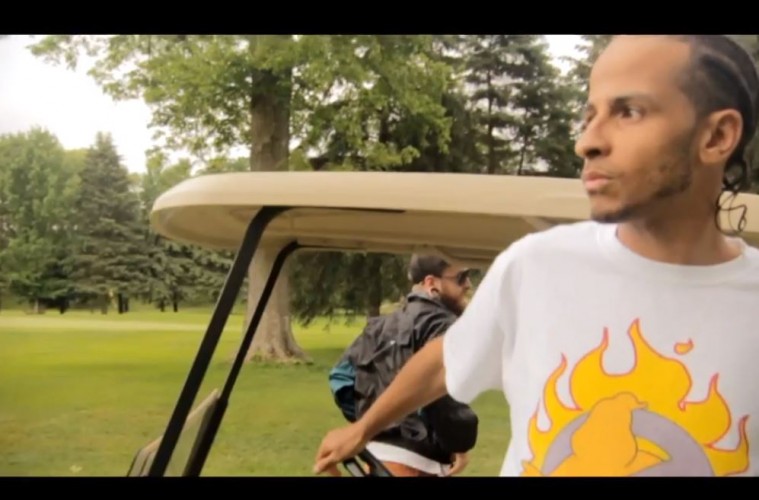 Finally! After being anxious to see this video for so long the homie Casper finally dropped the visuals for the head banger “So Damn Hot” today which is produced by Lofty and directed by Casper himself as well as Craig Scorgie who filmed and edited the video. Taking place at a local golf course around London, Casper heads out for a game of stroke play with a female competitor backed by his crew Treetop. This is one of many of my favorite Casper song’s so this visual just puts the cherry on top. If you’ve noticed other tracks like “Letter to Heaven”,“It’s Gonna Get Better” and “Lead A Way”, he usually puts his heart and emotions into them so Casper explained “I wanted to do a song where I boasted about my skills and accomplishments and just have some fun with it for once”. Which it certainly looks like it was a ton of fun filming this video. Take in Casper’s music video for “So Damn Hot” below to see who wins the round of golf at the end and let me know what you think of it below.