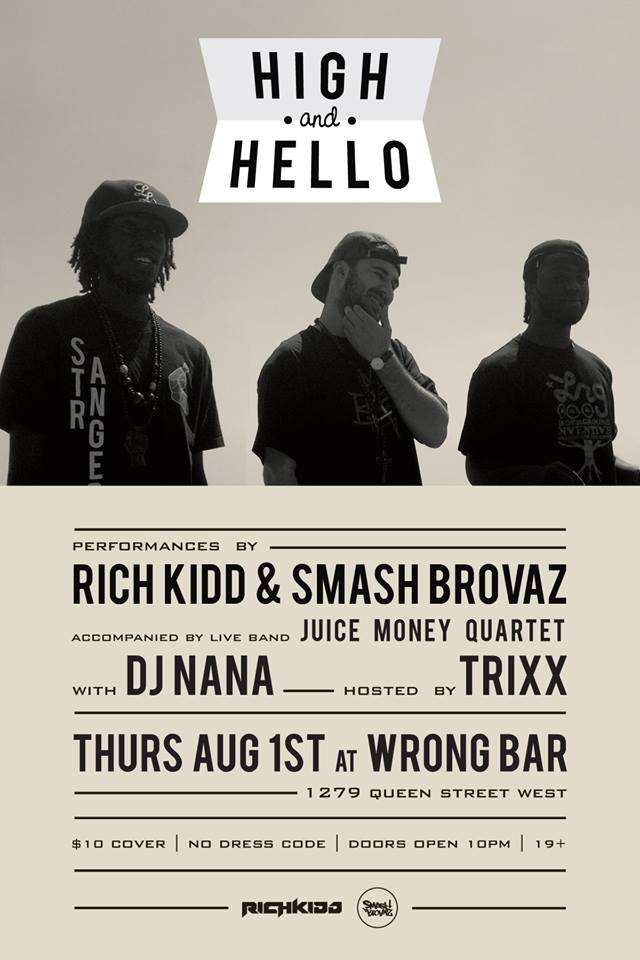 On Thursday August 1st, 2013 join Rich Kidd and the rap duo Smash Brovaz (Crooklin & Junia-T) for their show at Wrongbar in Toronto. Accompanied by the live band Juice Money Quartet, the event will be hosted by Big Norm with music provided by DJ Nana. With Rich Kidd’s multiple popular releases such as In My Opinion and Smash Brovaz Think It’s A Game, it’s sure to be a night for the real hip-hop heads – Wrongbar will be packed! Check out full details below and watch some footage of Smash Brovaz and Rich Kidd.