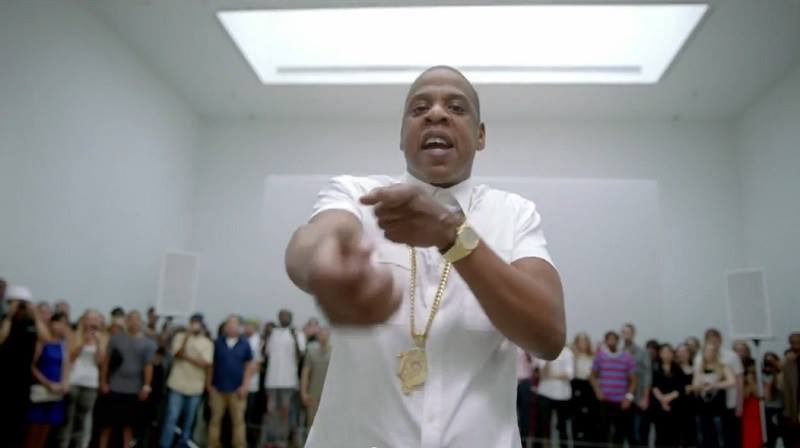 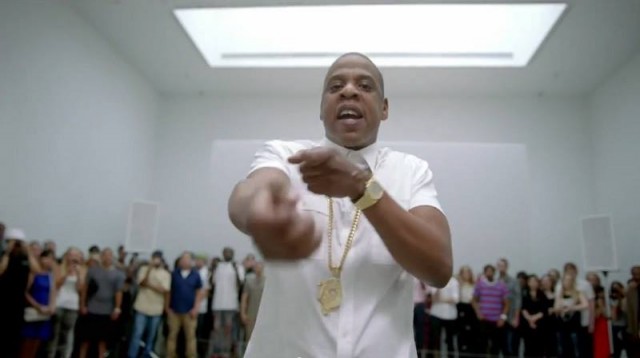 Concert are pretty much performance art but the venues change. When art started becoming part of galleries it became a separation in culture, even in Hip-Hop they started seeing as too bourgeois, we’re artists, we are alike, we’re cousins that’s what is really exciting for me bringing the worlds back together. JAY Z

The first official video release from JAY Z’ twelfth album Magna Carta Holy Grail is out! I was wondering if Hov was going to release any videos and my question was answered we saw tweets and vines of JAY Z performing at an art gallery in NYC. Now when you listen to music, watch videos and performances you might consciously not think it is art but that we are consuming. JAY Z wants to bring the two worlds back together and its beautifully executed in this video in his performance and also directly getting the audience involved. Jay turned himself into a piece of art you typically go to a museum see on a wall except his art if music. Read one of the fan youtube comments below and you’ll see what I mean.

I can really appreciate this. I too found it a little weird when I first watched, but I believe I only felt that way because I’m not used to seeing artist and rap co-exist so closely in the same space; it kind of made me uncomfortable. However, it’s the kind of uncomfortable feeling that’s necessary for growth. Yes, we aren’t used to seeing rap depicted this way, but after watching it my mind was expanded. I﻿ appreciate this and I appreciate Jay Z for being so brave and so vulnerable. Youtube Fan Comment.

What do you think about his video? Has Hov done it again? Is he pushing the culture forward? Curious to know what you think comment below.

P.S. Here is a bonus interview with JAY Z and Bill Maher speaking about art, Tom Ford, and more.