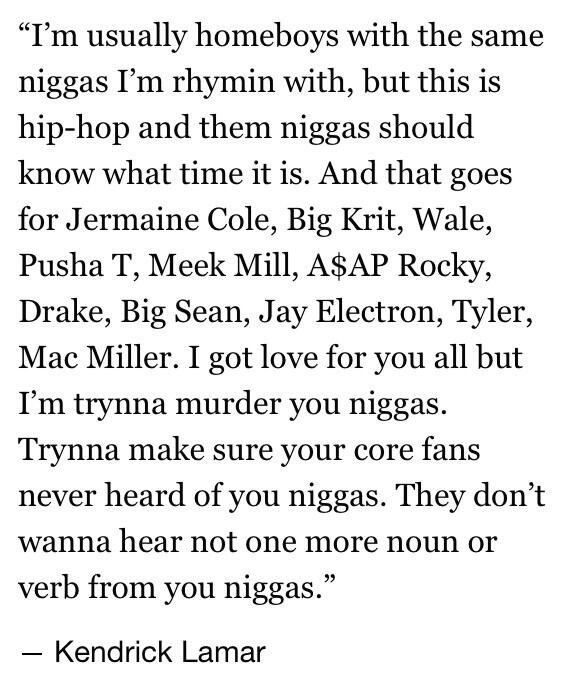 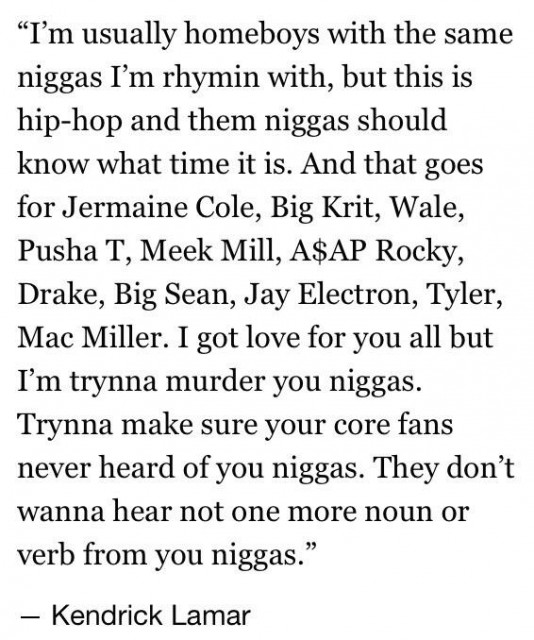 Big Sean just released a seven minute song titled “Control” featuring Kendrick Lamar and Jay Electronica on Funkmaster’s Flex show and because of it twitter is going bonkers! The freestyle won’t be on Big Sean’s sophomore album Hall of Fame which is out August 27th due to sampling issues. It most likely wouldn’t fit the album anyways because this is straight SPITTIN in your favourite rappers face! The highlight being Kendrick Lamar, we all heard him snap before but not quite like this, naming all the artists that he sees as competition like Drake, Andre 3000, Wale, Jay Z, Pusha T, etc and  that he is going to EAT THEIR FOOD. You can understand why all Hip-Hop heads are giddy right now and waiting to see if anyone is going to respond. Let me know what you think of this song and how you felt after hearing Kendrick’s verse. Listen below and enjoy!

This one that didn’t make the album cuz of the sample BUT IT IS NOT no radio shit.. Straight rap… I’m talking 7min shit… Grimey shit.