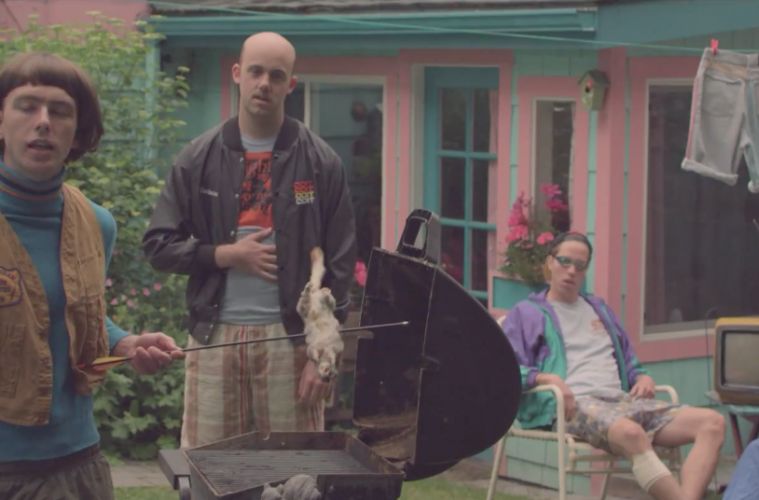 This has got to be one of the funnier music videos I’ve seen in a minute. SonReal just dropped the visuals to “Everywhere We Go”, and we see a Napoleon Dynamite-esque “Steve” flaunting his dancing and chess skills, among other things. The Peter Huang-directed video features hilarious cameos from fellow Vancouver-based emcees Madchild and Shad. SonReal’s manager, Byron Wilson (pictured above with the bald head), also appears throughout. As for the song itself, Burd & Keyz handle the production on this one, which you can cop off iTunes if you’re feeling. While we’re talking about SonReal, make sure to also check out his excellent video for “Everything I Am”. Watch the visuals to “Everywhere We Go” below.