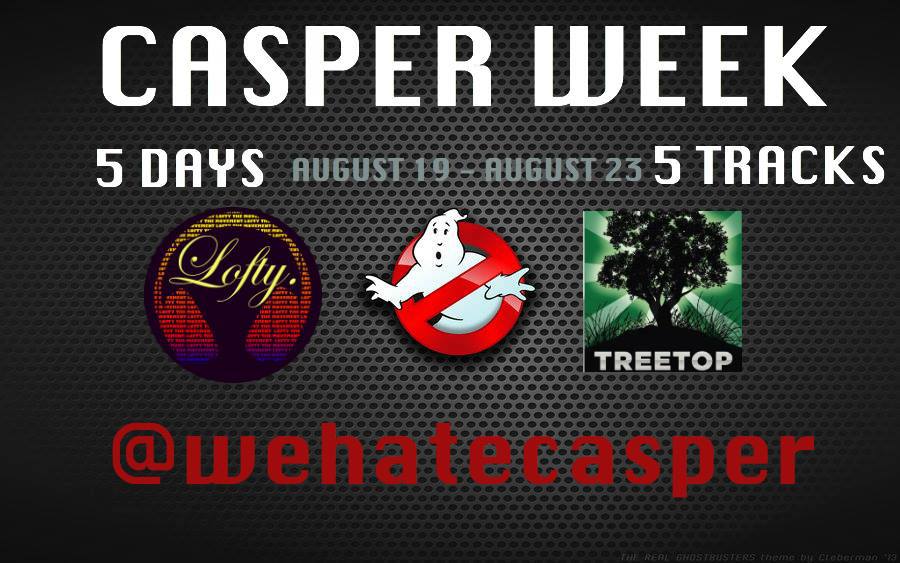 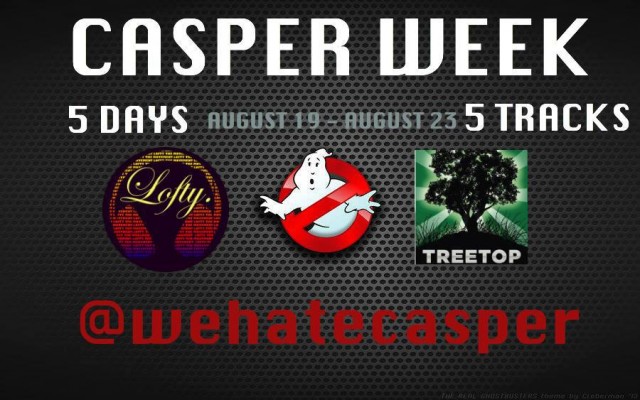 Last week Casper unleashed an array of tracks ranging from different moods, creative samples with a lot of realness put into all of them that we have grown to love when it comes to something he puts out for the people. With every track Casper puts his heart into it because it is a passion he holds close to him, whether it be something emotional or just him having fun with it showing off his comedic side. With five in total and each amazing in their own way it’s hard to choose a favorite because they’re all so inventive and diverse that we thought it would be fitting to break down each track for you a bit and get your opinion on all of them, below is a brief description of each individual song followed by the audio stream.

Day one of Casper week started with a bang as the track “Casper The Ghost (The Anthem)” hit the net. Produced by Lofty, this hard hitting track is sampled from the original cartoon though with a totally new vibe to it. As it was an anthem back then, Casper turns it into his own with an onslaught of catchy lines with an attention grabbing flow. The song basically speaks for itself so take this one in and see for yourself.

On Tuesday, Casper released track number two produced by Culture titled “The Pot Luck”. As a track for the smokers, Casper tell’s you what it’s like walking in his shoes and just gets openly real touching on some of his thoughts. The cuts in the hook on this one are insane too! Take this one in with your speakers on blast, this one knocks!

Wednesday’s release produced by Lofty is sampled from the classic Beck track “Loser” and Casper adds his own personal ghostly touch to it making it his own and brings along his pal Gal Harper on the second verse. I don’t want to say to much because definitely need to take this one in full. Casper always has fun with it when rhyming over instrumentals though there is always that realness added into and this is a song that shows both sides very well.

“Remember me I used to steal shit, now I’m on the stage with my kid like Will Smith”

In my opinion the most creative of the week, “Daddy’s Gone” produced by Lofty is sampled from the hit television show American Dad where Casper speaks on his relationship which was inspired by certain events that have occurred over the past while. This track needs to be featured on the actual show because it is just that good!

With that completing the four audio releases of the week, take them in below and scroll down afterwards for the newest video from day five of Casper week.

Leading up to the release of this video all week, on Friday (Day Five) Casper dropped the visuals for a track featured on The Marcus Morris Mixtape Vol.4 titled “Go To Hell” which was produced by Culture. This video filmed around London, Ontario and gives a vibrant feel to this stand out track. The video was directed by Casper as well and filmed by Aalysa Caron and edited by Nick Pulver-Andrews.

With five amazing tracks to give to the fans, it was decided that it would be in the best interest to have you decide which is the fan favorite by just simply voting at the poll below. The song with the most votes will be either remixed and made even longer for you to enjoy or a music video will be filmed for it. Trust me this is not an easy task because if it were up to me I would say film one for them all. Take a minute below to decide and be sure to check our most recent interview with Casper if you haven’t yet where he speaks on his Shad K collaboration and his newest project The Marcus Morris Mixtape Vol.4