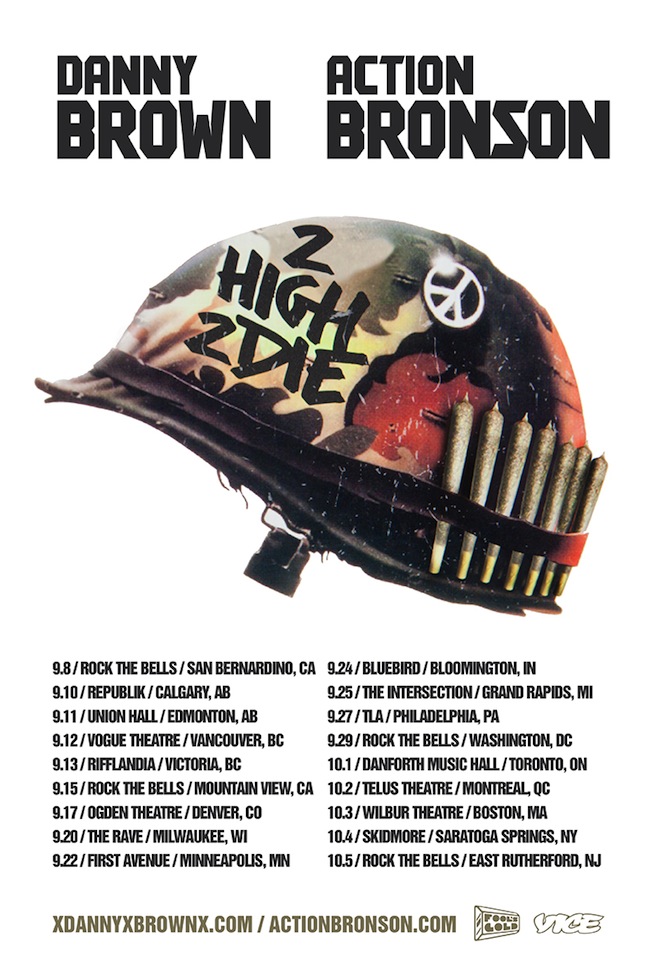 Queens, NY rapper Action Bronson and Detroit’s Danny brown will embark on the 2 High 2 Die tour this fall. The tour will start in San Bernardino, CA at Rock The Bells and continue through cities such as Edmonton, Denver, Philadelphia, Toronto, and Boston before concluding at Rock The Bells in East Rutherford, NJ. Both artists are known for their stage presence with Bronson even taking security duties into his own hands at past shows. If you’re a fan of either, this is something you won’t want to miss. Check out the full tour dates below.