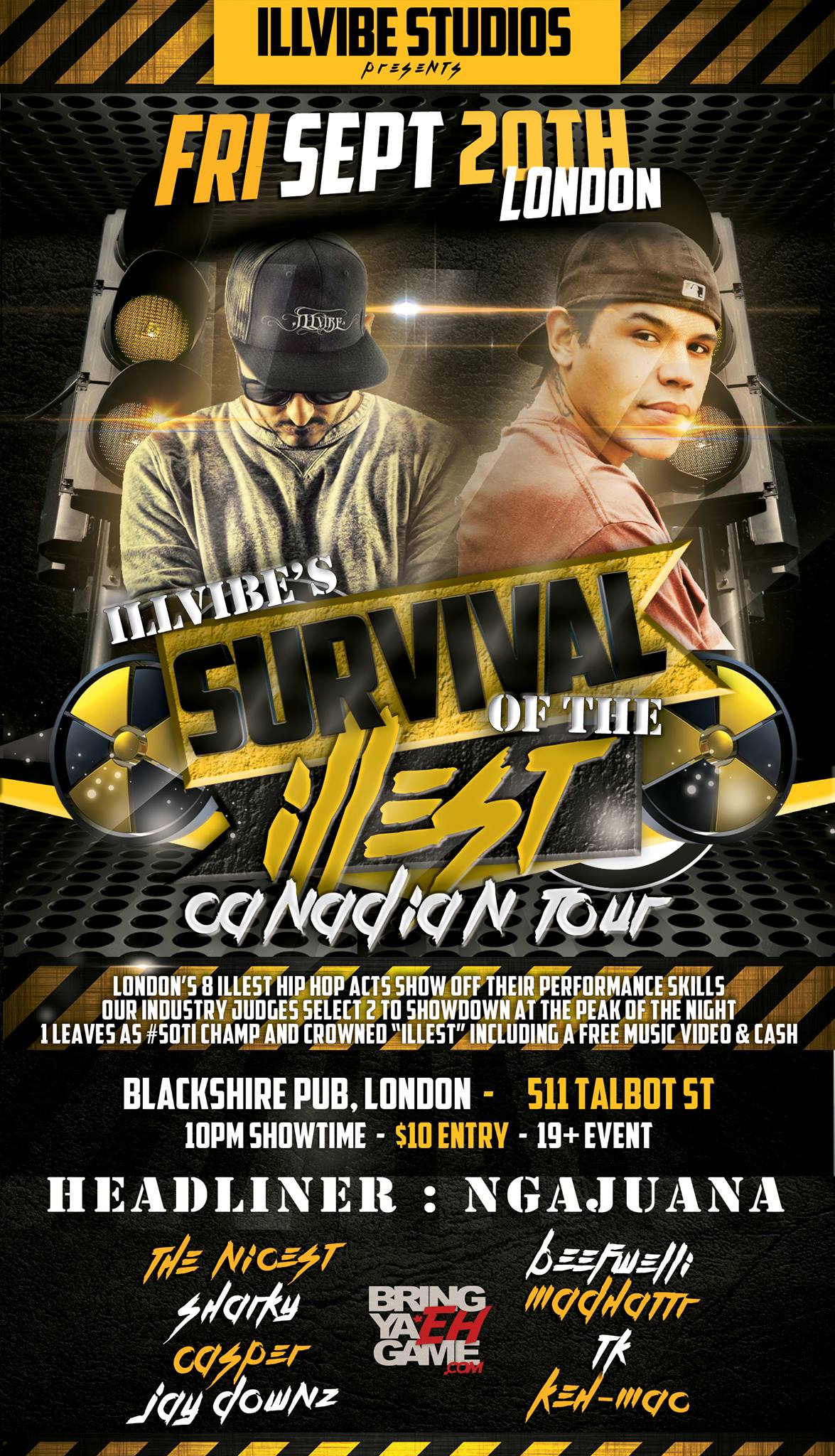 [Event] Survival of the Illest @ The Blackshire Pub (London) 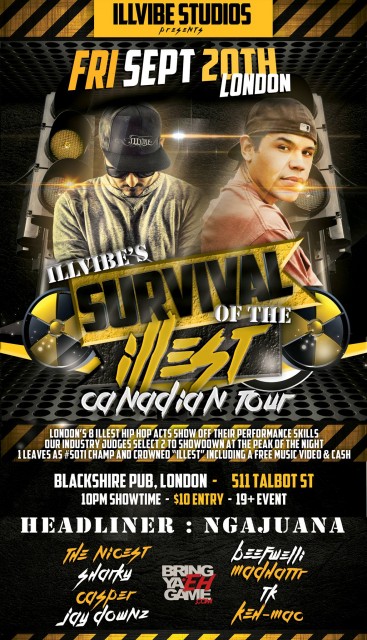 Visiting nine cities across Ontario to Quebec, Survival of the Illest is making it’s way through London to find the best emcee’s and performers within the city. With each event in each city, eight of the hungriest acts are put on one stage to perform in front of industry judges who choose the best two performances of the night. The two best performers are selected to do an encore which one will be crowned winner at the end of the night. London’s line up includes The Nicest, Sharky, Casper, TK, Beefwelli, Madhattr, Kehmak and Jay Downz with headliners Ngajuana and iLLvibe. First place prizes include a music video by iLLvibe studios, and album cover from Photified.ca, one pro website design and a year of hosting by Stylin Flow Entertainment and media coverage on BringYaEhGame. Make sure to come down and support your local artists Friday, Septemeber 20th at Blackshire Pub.

What: SURVIVAL OF THE ILLEST LONDON – FEATURING ILLVIBE & NGAJUANA
Where: 511 Talbot St. at The Blackshire Pub
When: Friday, September 20th
Admission: $10 upon entry