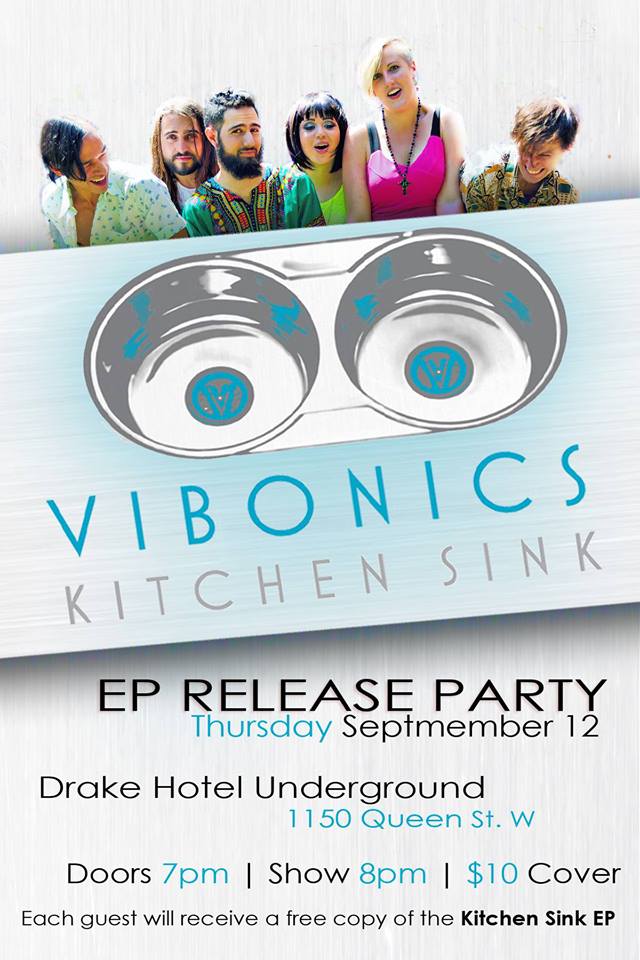 After two months of touring the country, including spots as far out as the Yukon and Prince Edward Island, Toronto’s own VIBONICS are back in town to rock you with their new album Kitchen Sink! Join the six-piece band at the Drake Underground on Thursday, September 12th for an intimate evening of great music and vibes. It’s an early show – doors open at 7pm, show starts at 8. Purchase the EP on iTunes and check out the full details below.