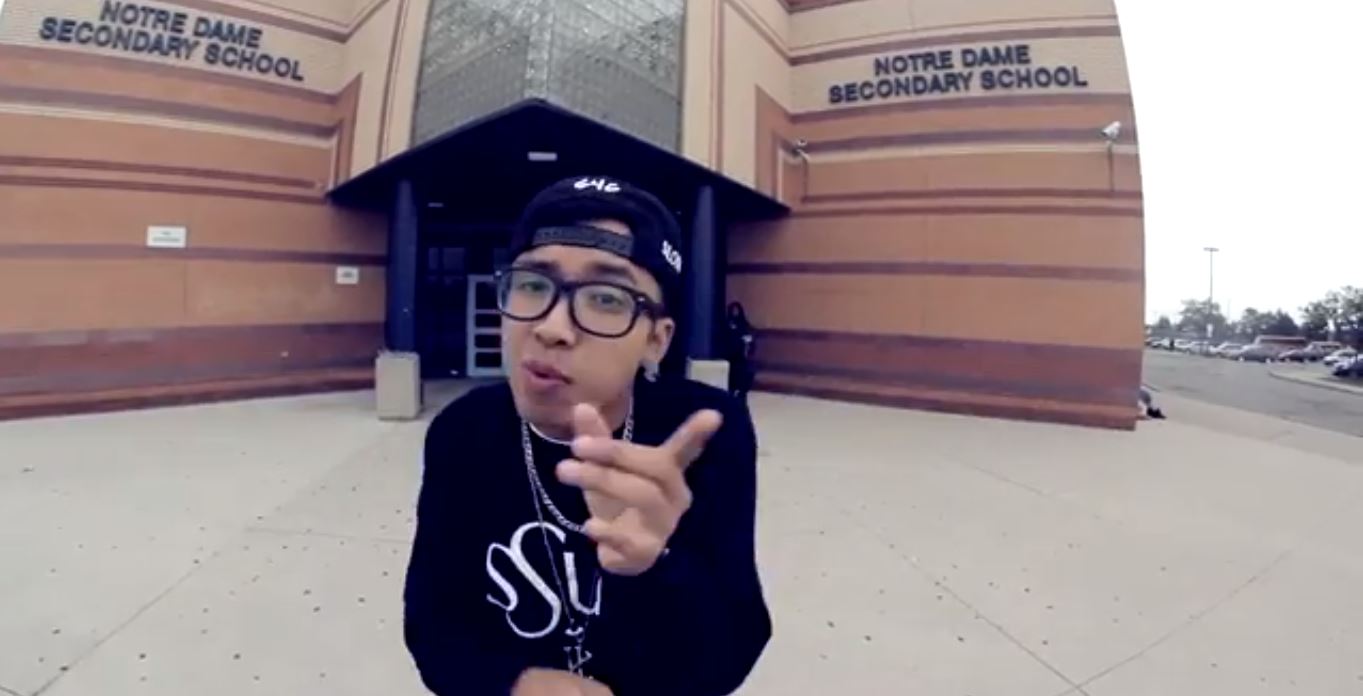 Fresh off an album release, with songs playing heavily on the radio; D-Pryde drops a remix over two Drake songs “Furthest Thing” and “Wu-Tang Forever”. This being how he started gaining attention long ago by doing freeverses, it’s cool to see him doing one every now and then especially when he is known to go hard when doing them! The visuals are filmed around his hometown of Brampton, Ontario and in front of his old high school. Take in the video after some words from D-Pryde and be sure to purchase his album Canal & Richvale afterwards.

“Freeverses, I came from these. I haven’t been home in so long; I’ve been touring and working very hard and it’s always good to have a break. I wanted to go back to my roots with this one. Brampton forever; thanks for everybody who made an appearence. No I am not going back to doing a billion freestyles over other people’s beats, but it’s always good to touch back onto my roots once in a while right?

Drake is about to take over with his album, so in celebration of one of my biggest influences dropping his third album, I wanted to remix my 2 favorite songs on “Nothing Was The Same”, enjoy”.