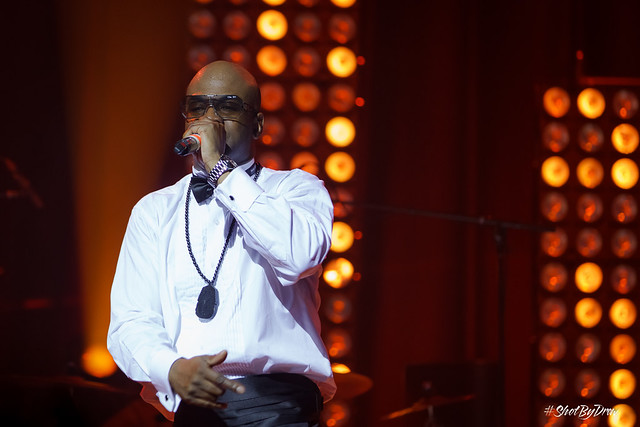 This years Canada Walk of Fame Festival was a very special moment for a Canadian legend; Saturday, September 21st was the 25th anniversary of Maestro Fresh Wes’ 1989 debut platinum selling album Symphony In Effect. Closing out the Walk of Fame Festival which ran three days, Maestro headlined a concert held at Massey Hall where he performed Symphony In Effect as well as his latest gift of art Orchestrated Noise. If that wasn’t enough Maestro also invited a ton of amazing artists who were featured on both projects. 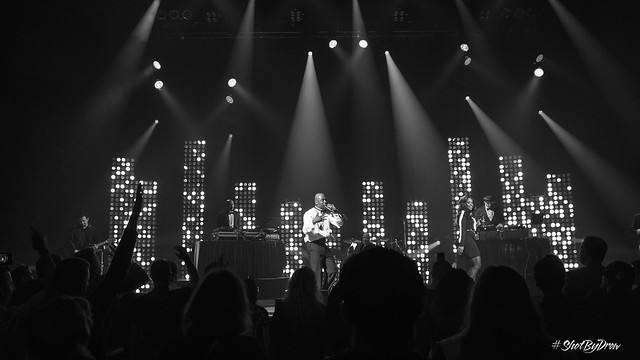 Walking up to Massey Hall you could feel the excitement rise substantially from people of all ages who were there to celebrate this special occasion. As you progressed into the assigned seating, looked around, you could see Massey Hall was completely full at both levels, fans, musicians, and celebrities were all about to witness in my opinion one of the best concerts I have ever seen. As the lights dimmed everyone quickly got up out of their seats while Maestro took the stage, giving him a thundering round of applause, letting Maestro know just how appreciative everyone was for the inspiration of his music and the thanks we all have for what he has done over the years. 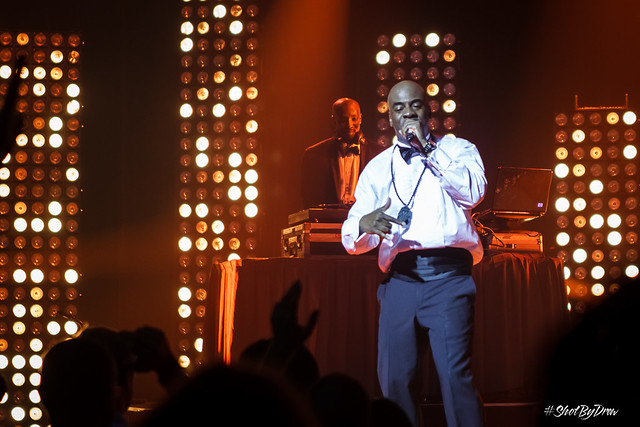 This being the first concert I’ve attended that was run like you were at a play with arranged seating, co-ordinated set times, intermissions; you really got the full effect of the experience because Maestro without a doubt made this an unforgettable one taking you back and forth with songs from both masterpiece’s Symphony In Effect and Orchestrated Noise. Jumping into some newer songs, Maestro brought another Canadian legend on stage with him, Saukrates, and proceeded to perform “Stranger“. King Reign was the next special guest to perform a cut from the latest album, “Look For Me In The Whirlwind”. I could only imagine how humbling it must have been for the guest artists because even though it was Maestro’s big moment, he made it a point to share the stage with everyone he admired and that speaks to his character.  It would only be right Saukrates performed one of his classic joints “Father Time” before Maestro and King Reign blazed the stage with “The Conversation”.

After a brief DJ interlude, Maestro took it back to another Symphony In Effect classic “Criminal Mind” and had Infinite right there beside him. There wasn’t one point during the night there wasn’t people dancing and singing along but this moment had everyone in attendance rocking out. Leading into “Black Tuxedo” Maestro asked everyone if they knew what he wore on the cover for Symphony In Effect, he also announced that Classified could not make it to perform the next song “Reach For The Sky” and got everyone in the building to give Classified a round of applause. As the last song before the intermission Maestro brought The Trews on stage with him for “I Wanna Know”. By this point it was pretty clear to all twenty seven hundred people in the building that they were witnessing a show that will be talked about for years to come.

During Intermission, fans of all ages made their way outside for a cigarette, downstairs for a drink or simply stayed in their seat. Returning to the stage after the short break, Maestro wasted no time getting back into his set. His first song upon hitting the stage was “Intro” with the RCMP’s joining along for the performance as well. However, these weren’t your average Mounties; they were also B-Boys. Fans were then treated to songs off his latest album, Orchestrated Noise. After “Black Trudeau,” Maestro brought the very talented singer-songwriter, and musician Lights on stage as the two performed “Desire” as it echoed through the Massey Hall.

Continuing with “I’m SHOWIN You,” Maestro was also joined by Toronto’s Rich Kidd as he made his way to center stage using his crutches. The emcees jumped right into “Gladiator” with Rich Kidd re-defining the term “C-Walk.” After thanking Maestro personally, Rich made his way off stage to an applause from the crowd.

Making his way to the stage next was another Toronto native, Kardinal Offishall. Entertaining the crowd with high amounts of energy, he performed the classic (and personal favourite) “Ol’ Time Killin’” before teaming up with Maestro on another favourite of mine for “Dearly Departed.” It was great to witness the legends share the stage with such great chemistry between the two.

If that didn’t get the audience going, Maestro’s performance of “Let Your Backbone Slide” sure did. Joined by Shad and K-OS, the song literally shook the floor as individuals rose from their seats to participate in the action. Taking over the stage, London, ON native Shad followed up with “Rose Garden” off his third studio album TSOL before exiting the stage.

With illuminating lights in the backdrop, Maestro took us back to 1998, as he performed “Stick To Your Vision” off his album Built To Last. Songs such as “Pyramids In The Sand” and “Conductin Thangs” saw the crowd up from their seats once again as the Godfather of Canadian Hip-Hop ended the night with “History Repeated” and “Fortissimo.” As the B-Boys began dancing again, there was a well-deserved standing ovation for an amazing night and one to be proud of for Canadian hip-hop fans of all ages. Tell us what your favourite moment of this unforgettable show was in the comments section.

Photography by: Andrew Stephenson aka #ShotByDrew