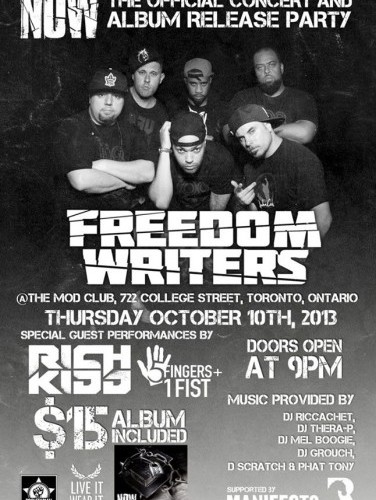 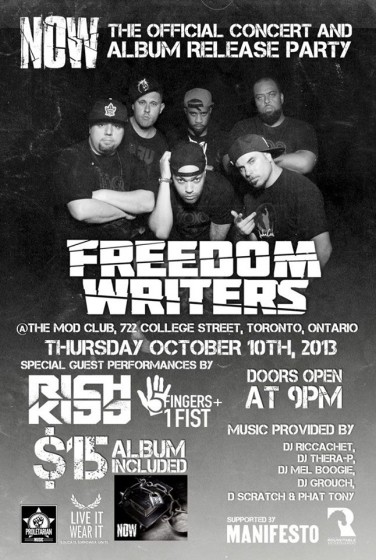 On Thursday October 10, 2013 Freedom Writers will release their debut album “NOW” with a special live performance at The Mod Club in Toronto. Opening performances will include Rich Kidd and Five Fingers 1 Fist Poetry Collective with music being provided by Deejay Riccachet, DJ Thera-P, DJ MelBoogie, Deejay Grouch, DJ D Scratch, and DJ Phat. This will be an exciting night for Canadian Hip Hop. “NOW” has been 2 years in the making and surely won’t disappoint. Check out the full details below.