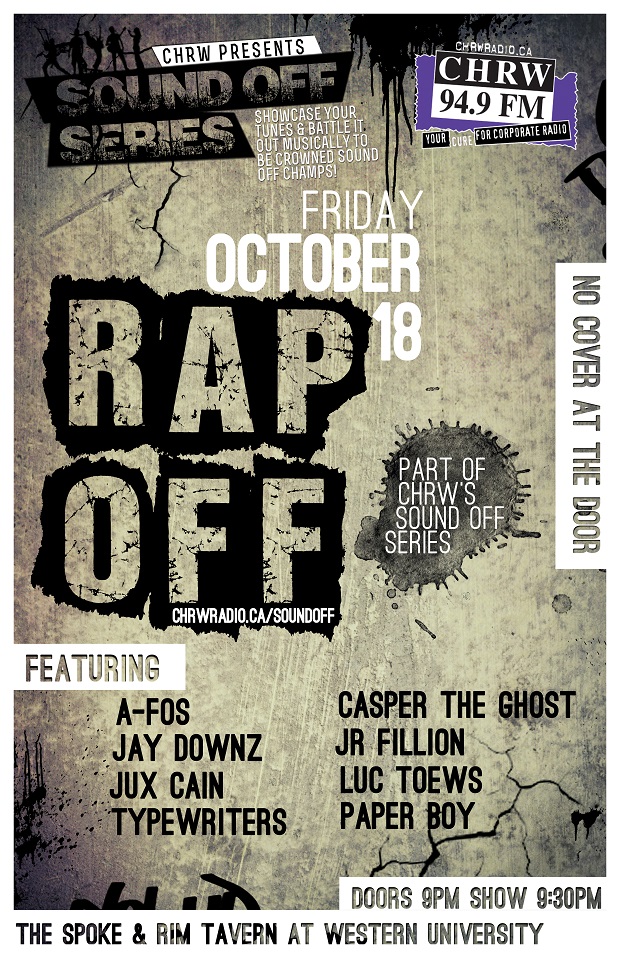 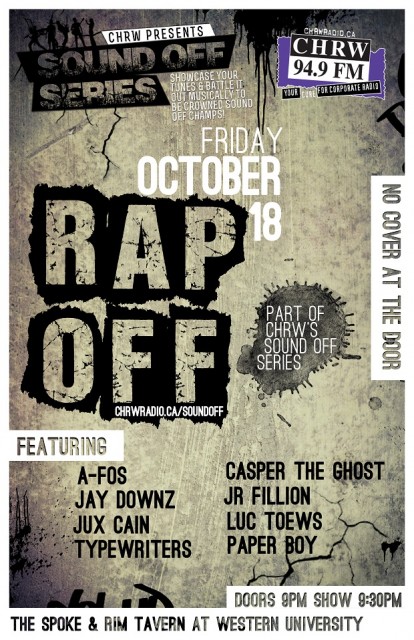 CHRW’s Sound Off Series was created in London, for London. Rappers, folk artists, singers, and rock bands from the London, or Western University communities, can participate in this event for a chance to perform and compete for recording time, mixing and mastering, album art, and distribution courtesy of CHRW. Rap Off on Friday, October 18th will be held at The Spoke in the University Community Centre on Western Campus.

Competing on the night will be 8 talented Hip Hop acts from the London and Western communities! A-Fos, Jay Downz, Jux Cain, Casper the Ghost, JR Fillion, TypeWriters, Luc Toews, and Paperboy will all be performing a 15 minute set each and will be judged based on performance, musicality, stage presence, overall impression and originality. Rappers will also be judged on a short freestyle battle, crowd reaction, and a pre-show vote. So don’t forget to vote for your favourite artist on the CHRW website where you can also take in the music of all the artists.

What: CHRW Presents Rap Off competition 8 emcees competing for a recording prize.
When: Friday October 18th. Doors at 9pm, show starts at 9:30pm.
Where: The Spoke at University of Western Ontario. Main level at the UCC (University Community Centre) building.
Admission: FREE SHOW! 19+ RSVP on facebook.