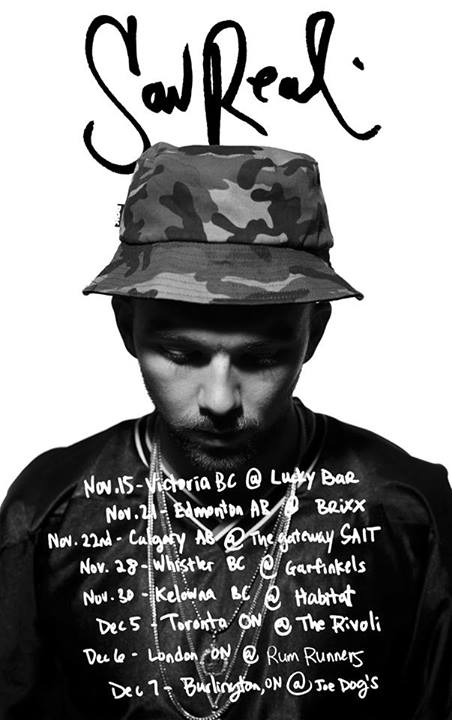 Canadian hip hop artist SonReal will be hitting the road for an 8-city North American tour. The Vancouver native will kick things off in Victoria, BC on November 15th including stops in Calgary, AB, Kelowna BC, and London, ON before coming to end on December 7th in Burlington, ON. SonReal has continued to achieve success throughout his career, most notably being nominated for a Juno and MMVA award this year as well. He’s also released a string of successful mixtapes including last year’s collaborative EP with Rich Kidd titled, The Closers. Check out the full tour dates below and make sure to purchase your ticket when SonReal comes to a city near you.