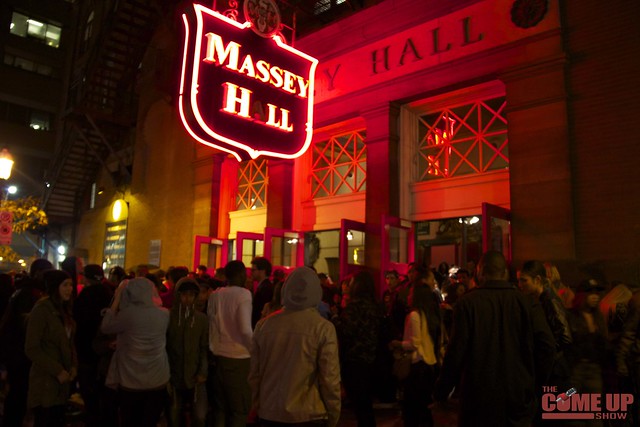 It was a dark, foggy, and rainy night on Thursday October 17th, but that didn’t stop loyal fans from making their way to see their hometown hero, The Weeknd perform at Toronto’s Massey Hall in support of his new album, Kiss Land. Coming off a lengthy 28-city North American trek dubbed “The Fall” tour, this was the first performance of three back-to-back sold out shows.

Starting off what was sure to be a great night of music was former Australian DJ turned producer/vocalist Anna Lunoe. Taking the stage shortly after 8:00pm, Anna jumped on the turntables and began mixing songs for the crowd. Since many concerts have a DJ to hype things up beforehand, it was unique to see an opening act, which possessed the same talents, performing a full set as well. After refreshing the crowd with a great selection of songs including “Breathe,” the LA-based artist exited the stage before the next opening act took over.

Following a great performance, Los Angeles based singer, Banks took centre stage at Massey Hall. Performing alongside a guitarist/keyboardist and a drummer, Banks intrigued the audience with her vibrant energy. Moving her body like a snake, she performed “Before I Ever Met You” as well as songs off her new EP including “Waiting Game” and “Change.” Taking time to speak to the crowd, Banks told us that this was her very first tour. It was only a year ago when she was writing songs on her bedroom floor on a little keyboard. She also discussed that she was in a dark place with several insecurities however, translating these insecurities into her music made her feel much better. After displaying incredible talent and an amazing voice, Banks told us it was an honor before yelling, “Get ready for The Weeknd” as she exited backstage. 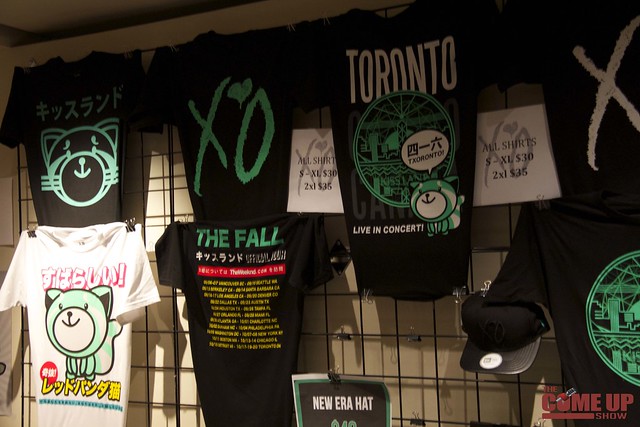 As fans rose up from their seats during a short intermission, discussions could be heard amongst them as the excitement level continued to climb. After purchasing drinks and merchandise they made their way back inside Massey Hall before missing out on any of the action. Spanning from the ceiling to the floor was a large curtain that left us curious as to what may happen. As the lights dimmed, blackening the venue, chants began while the curtain eventually dropped, revealing The Weeknd and his band behind it. 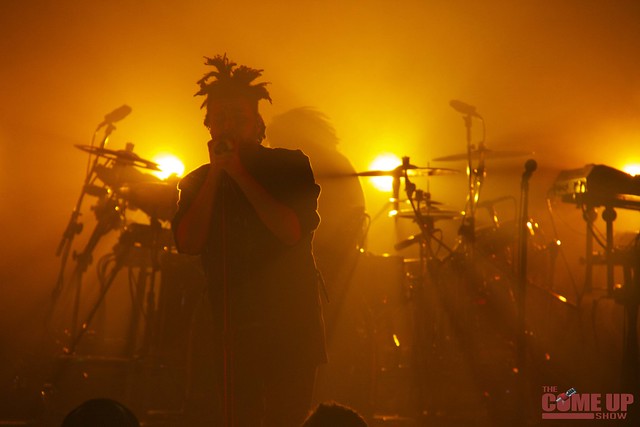 Ecstatic screams from the audience could be heard as Abel jumped right into “Adaption” off his new album, Kiss Land. Illuminated by lights of all colours, The Weeknd performed “Belong To The World”. Looking around, it was evident that there were loyal fans of all ages as they sang almost every song word for word. As the spotlight focused on Weeknd, he continued with songs off of his sophomore album such as “What You Need” and “Live For” before talking to the crowd. Straying from the music, Abel took time out of his set to speak to the sold out crowd. He explained to us how he hadn’t been on a plane in 21 years and how he had kept a journal titled, Kiss Land. He also stated that after the release of Kiss Land, he wanted to tour right away in order to give fans the ultimate experience including a live band, videos, and of course his fans. 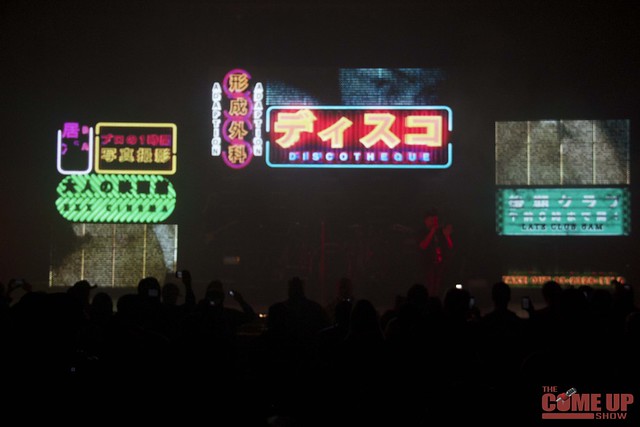 One thing I found to be very unique was the visuals and short commercials that were played during the performance. The images/video that were portrayed may have been confusing for some but were also fitting for the Kiss Land theme, making the experience that much more exciting. After several cheers from the stands, we were all anxious to see what would happen next. Progressing forward, The Weeknd said, “Even though it’s a Kiss Land tour, we’re still going to play the classics.” Keep in mind, this was my first time seeing Abel perform a full set live but from the response the crowd gave, I knew that the older material is what fans truly fell in love with. 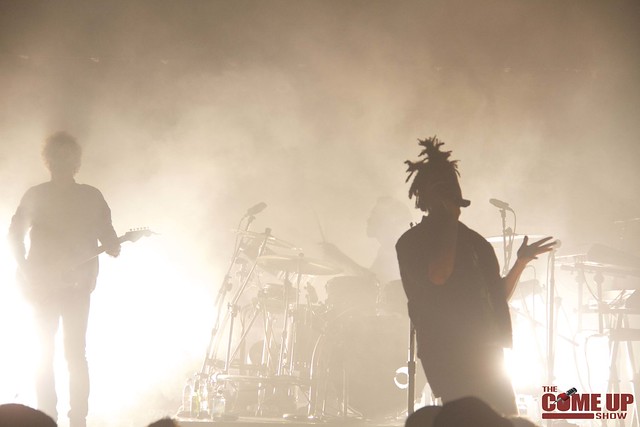 As “Glass Table Girls” echoed through the Massey Hall, concertgoers waved their hands up and down as they were treated to more classics such as “Loft Music”, “High For This” and “The Party & The After Party.” Personal favorites also performed included “Remember You” and “Crew Love” which saw immense crowd participation. Following an energetic performance, Abel took the time to dedicate one last song to the audience by performing “Pretty” to the cheers of many. Thanking the fans and his band, The Weeknd exited the stage as the show came to an end – at least we thought. As delirious onlookers chanted “encore” several times, we were delighted to see the band emerge back on stage, grabbing their equipment while Abel made his way back to the microphone. For the encore, fans were asked to put their lighters and cell phones in the air while “Wicked Games” began playing over the sound system. It was the perfect song to end a perfect night.

Being the first of three back-to-back performances it can easily be said that this was a great show from start to finish. Both Anna Lunoe and Banks really set the tone for the headlining act that night while the energy inside the building remained high. Being my first time seeing The Weeknd perform a full set, I was impressed. However, although this was a Kiss Land tour, it was obvious that fans seemed to enjoy his older material much more. Regardless, those who went that night surely enjoyed themselves and for those who will be attending any of the remaining shows, they can expect the same thing. XO

A special thanks to Live Nation and the staff at Massey Hall for letting us review the show.