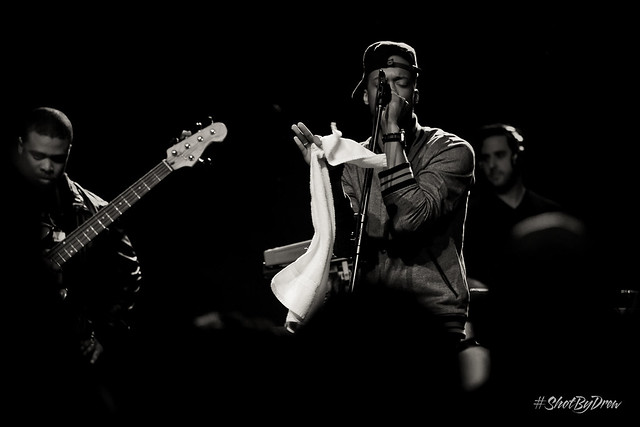 The Nat Turner band began to play. The floor boards of The MOD Club began to vibrate undeniably. I’m not sure if it was what felt like an eternal drumroll, the rich bass or the gifts the man on the board was offering accompanied by DJ Sober, It felt like something spiritual.

I turned and asked the girl beside me, “can you feel that?”

You just had a sense that something super was about to happen. 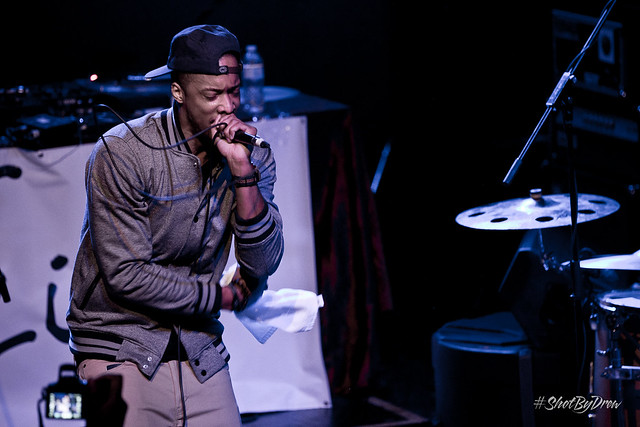 Then it started. Black Milk hit the stage as ignited by fire and it was definitely on. The energy that filled their quarters was intense. He began to spray the crowd with lyrics and you could feel the strength of his passion as he imparted it all. Absolutely intrigued by the instrumental for “Dismal” with band accompaniment- I was sold. My opportunity to hit the merch. table couldn’t come soon enough.

Sunday’s Best – so much soul it fell nothing short of indulgence. I’m currently looking for a place on Puritan Ave. There was this organically fluent tone to the night that I would fail to communicate with my words. It was almost like a huge jam session with Black Milk as mad conductor. Then it ended and I was left like “it’s over already?”. 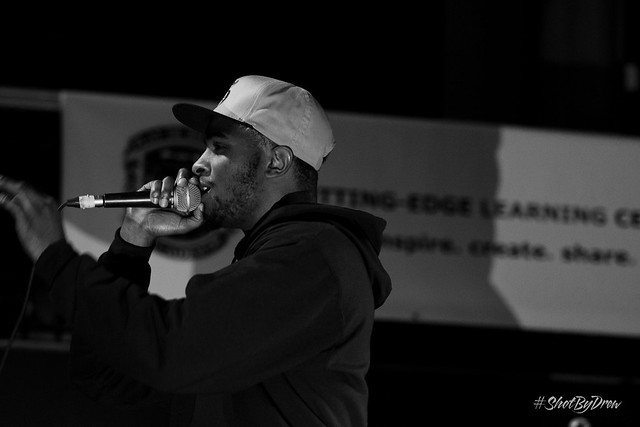 The band, the DJ and the man Black Milk stood on the stage soaked with sweat – a job well done. Thank God for an encore and a chance to catch a verse from Quelle Chris who took the stage earlier. I feel like they could easily rename the tour “The Black Milk Experience.” Black Milk was full of grace. I’ve been to few shows where the headliner went to great lengths to make sure that his supporting team was so well acknowledged and simply put on. He didn’t ask you to chant his name, but posed the question indirectly through out his set, like a simple “can you relate?”.

I was convicted by his convictions. It’s great to be in the presence of ego free hip-hop. You knew you were in the company of a man with a story to tell. Who lives, breathes and has made it his life’s work to communicate his experience into something you can feel. Currently digesting No Poison No Paradise.

Written by: Chris Jordan for The Come Up Show
Photography by: Andrew Stephenson
*note that the photos above were taken from Black Milk’s visit to The Great Hall in Toronto of 2012