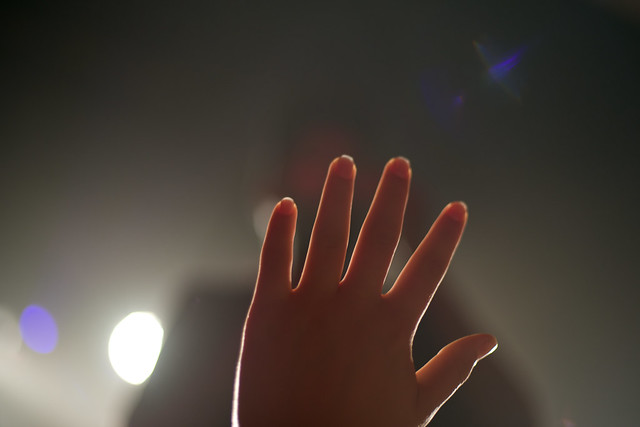 It’s difficult to imagine that a Canadian rapper whose name isn’t Drake, is able to sell out a venue in the city of Toronto. As bad as it may sound, that’s the reality, and you’d wish that it would happen more often than less. In this case, Shad, who’s been in the game for several years, was able to deliver in front of a sold out crowd; the vibe of the night was electric and The Opera House was filled with fans ranged in age and built levels of anticipation. Shad serves as an inspiration for many who were in attendance, and even fans who brought along their friends to witness him perform is (in essence) the true power that they have when it comes to growing a fan base. With a VIP Meet & Greet beside his merchandise booth selling CDs & Vinyls of his new album, Flying Colours (and also clothing), fans were able to interact with Shad as the line outside grew and as Opera House started filling up. The quick ‘thank you’s’ and ‘I love your music’ echoed throughout the fans meeting him, but you can see the genuine humility beaming from Shad as he embraced as many fans as possible.

A band out of Vancouver (We Are the City) was right on time with their opening act, and they were definitely a new face for the city to witness. They said that they took over 4 days to drive from B.C to Toronto, so that was something that got the respect of the crowd. Although it did take some time, the audience grew into their half-hour long set with each song that the 3-piece band performed. Their music was more relaxed and zoned out, so you had a mix of people bopping their heads and others standing completely still, but still attentive. Most of the songs performed came from their recently released album, Violent, and it was consistent the whole way through. At the end of their set, they received a great applause; it’s safe to say that new fans were made that night. 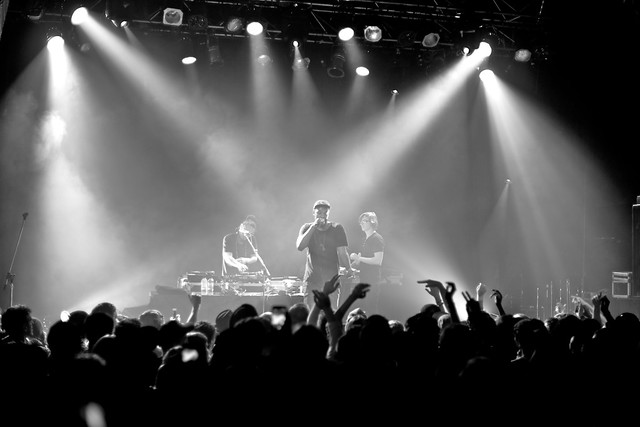 After a brief intermission while We Are the City removed their equipment, you could instantly see the excitement for Shad’s performance skyrocket. When he finally graced the stage, you could feel the thunderous roar fill the venue like a tsunami wave about to crash. Now, although the concert was to promote the new album, Shad didn’t hesitate to take time out to perform tracks from his extensive catalogue ranging from When This Is Over, The Old Prince, and TSOL. With the crowd in full participation rapping along to almost every song and finishing lines when Shad paused in between them, there was a real connection being made. New songs performed included Remember To Remember, Fam Jam, and with the crowd wanting not one, but two encores, he followed up by performing Thank You, and ultimately Epilogue: Long Jawn. 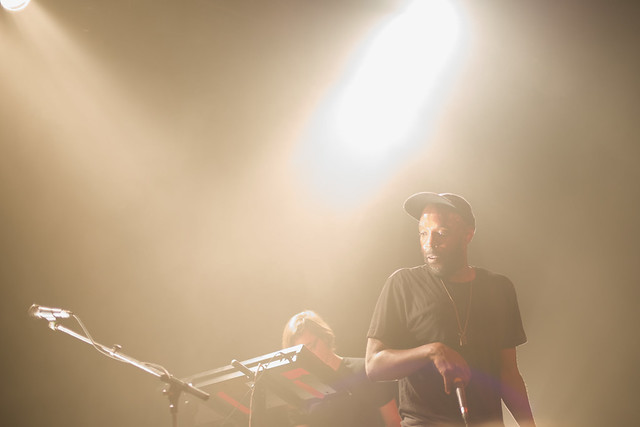 There was a great deal of satisfaction that was the reason behind the feel good vibe that you take away from this performance. Even after the show was over, there were still many fans who gathered around the front of the stage to shake hands, exchange pleasantries, and thank him for the performance that left more people inspired. Canadian Hip Hop may not be the most popular, but there is a market, and the fans show that you don’t have to leave the country to make a name for yourself, and it even holds true that Shad definitely has ‘a good name’ to represent not only for himself, but a proud country. Until the next show, That’s My Word & It STiXX.

Photographer: Danielle Da Silva for The Come Up Show.

View the full gallery of pictures of Shad over 120 pictures for you to check out and enjoy. Let us know what you thought about the show.