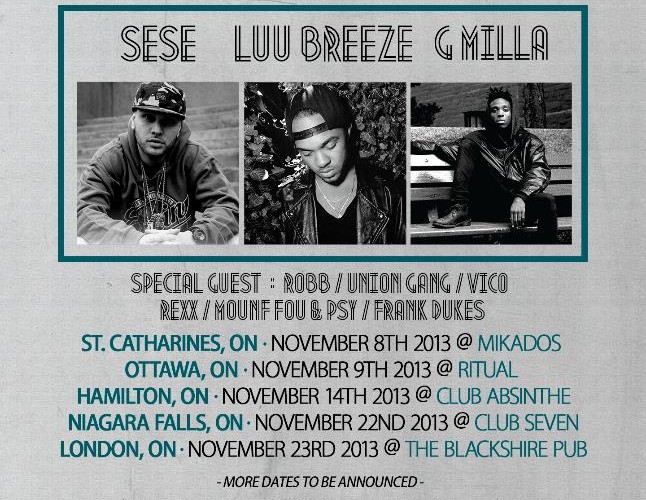 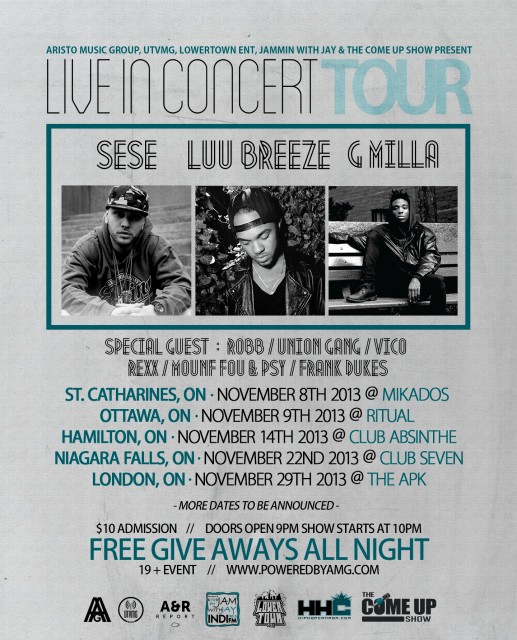 Aristo Music Group In Association with UTVMG, Lowertown Ent, Jammin Wit Jay and The Come Up Show Presents the Live In Concert Tour. The tour will feature St. Catharine’s own Sese, alongside Toronto’s Luu Breeze and G Milla. There will also be special guests in each city. The tour will be making stops in cities including St. Catharine’s, Ottawa, Hamilton, Niagara Falls, and London with additional dates to be announced. The trio will embark on the road beginning November 8th in St. Catherines at Mikados. The tour will be hosted by Ceaza Leon and DJ 2Nice. The shows will be a party/performance concept and will be 19+ events with ID requirement. Sponsored by HipHopCanada, DVPMT, and A&R Report. With many Free giveaways for the fans, this tour is intended to touch the supporters first hand. Which city you going to see them live in?