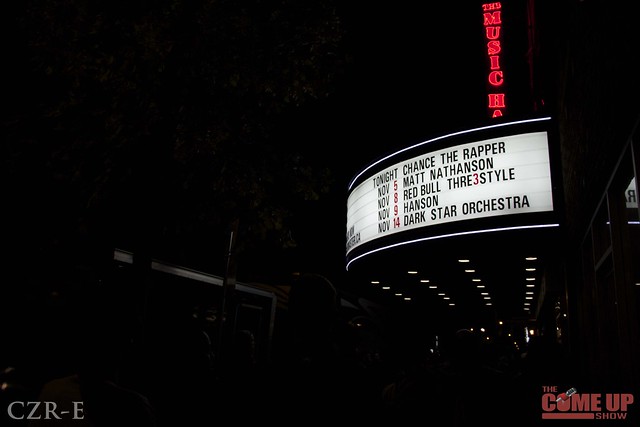 It’s only been an unbelievable three months since Chance The Rapper headlined his first show at The Hoxton. It wasn’t a big surprise hearing the show was sold out considering  Acid Rap was arguably the mixtape of the summer if not the year. This past Monday Chance made an appearance in Toronto as part of his “Social Experiment” North American tour featuring guests DJ Rashad & Spinn. Chants were shouted impatiently after DJ Rashad took a final swing of his beer and left the stage along with a good impression. Meanwhile the sound crew took over the stage unintentionally provoking annoyance that could have been avoided for a smoother transition. 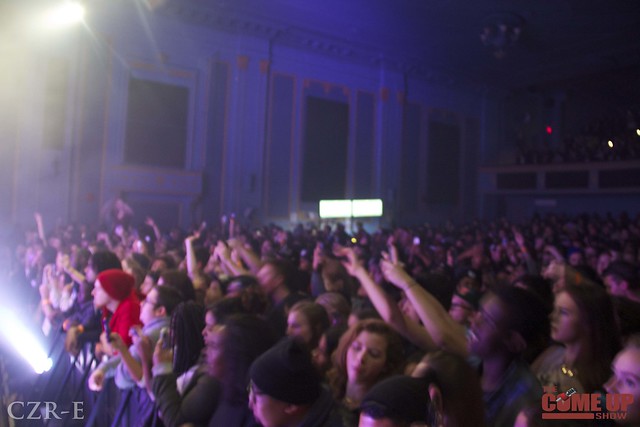 The eccentric 20-year-old Chicago rapper shows up late but he brings moves that will have you questioning his sanity and wordplay that fascinates you with brainstorms while trying to stand your ground in a cloud of smoke. With a voice similarly anomalous as Danny Brown’s, if your ears choose to embrace the frequencies you will quickly discover Kanye influenced, Kid Cudi type creativity. A first reaction cringe may result in an Elaine Benes dance.  A sold out show of fans could only imagine what I’m talking about. 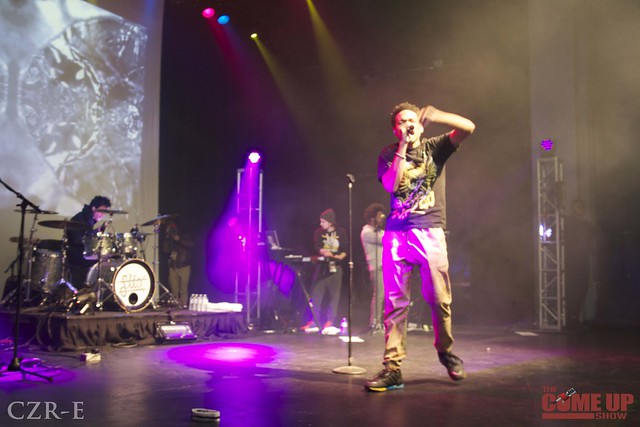 “Toronto what the fuck is up?” Asks the mad scientist. We are the social experiment. Chance The Rapper transitions back and forth between Acid Rap and 10Day suspension inspired mixtape. The show begins with A Good Ass Intro–no pun intended. Brain Cells follows with a tab of acid in your ear. The labryrinth of Pan’s Lab is adamantly here… the lyrics themselves burn brain cells down. “Uh Uh Goddamn” is grunted throughout the crowd and Pusha Man is introduced. The beat is still only fading in yet the fans are instantly cued and everyone shouts “ten damn days” in perfect unison, and “I got my mind on the fritz” isn’t missed by a split second. 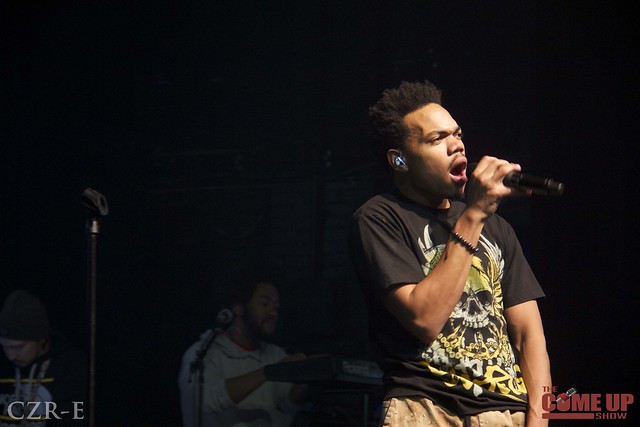 Everybody’s Something brings the band to a spotlight and Chance The Rapper proudly steps aside after the first verse allowing the trumpet player to deliver a polished solo performance and the crowd recite the chorus. The Slum Village’s Fall in Love sample brings us close together. It feels like everyone might start hugging but, before that can happen, Lost cuts in briefly until CTR stops to verbally expressing his appreciation to his fans. The trumpet continues to roar and righteously replaces Lil Wayne when Chance The Rapper poetically recites his verse on the You Song collaboration. The whole music hall becomes calm and listens attentively to quick-witted rhymes riddled together in the most interesting ways. He breaks out in a dance that I’m not even sure has a name but with all the potheads, he’s blowing lids off. 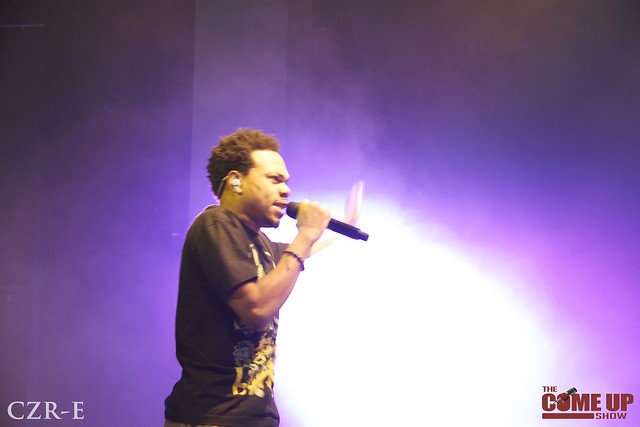 Smoke Again has Chance The Rapper kneel down, asking, “who’s smoking in my car?” and get his expected screaming response from the fans Tupac would be smiling from the enthusiasm of fans yelling “Juice! Juice! Juice! Juice!” and Acid Rain instantly boosts energy when it didn’t even seem like a possibility. What’s better than tripping is falling in love… That’s Love – the Acid Rap Interlude is short and sweet and Fuck You Tahm Bout finishes with some impressive high-pitched, on key singing vocals by Chance himself. Nothing compliments a live show like one with a band… especially when the rapper presents all aspects of performance and finales with an explosive of instruments, dance moves, screaming, bright lights. and Chance The Rapper will soon make his way back to his tour bus, nonchalantly parked just out front.

What are your thought about his performance? Was it your first time seeing Chance The Rapper or did you miss the show? Please share your thoughts in the comment section below.