Last week, tragedy struck when a truck carrying The Yeezus Tour’s custom-made video truss and 60-ft circular LED screen was in an accident, resulting in damaged gear which couldn’t be repaired. The gear was essential to the staging of The Yeezus Tour and the creative vision put forth by Kanye West and his design team at DONDA. If you had purchased tickets to see Kanye West’s “Yeezus” Tour, you’re in luck. Yesterday, Kanye and his crew confirmed that the remainder of the “Yeezus” Tour will begin again on Saturday, November 16th in Philadelphia, PA and end on Monday, December 23rd in Toronto, ON. Although some dates have been rescheduled (Chicago, Toronto, and Detroit), it’s not all good news. Sadly, due to routing logistics, dates for Vancouver, Denver, Columbus, Montreal, Minneapolis, and St. Louis have been cancelled altogether. Take a look at the statement and rescheduled dates below. 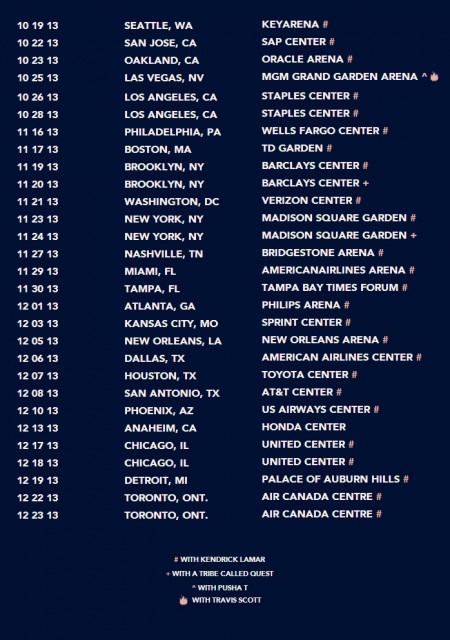