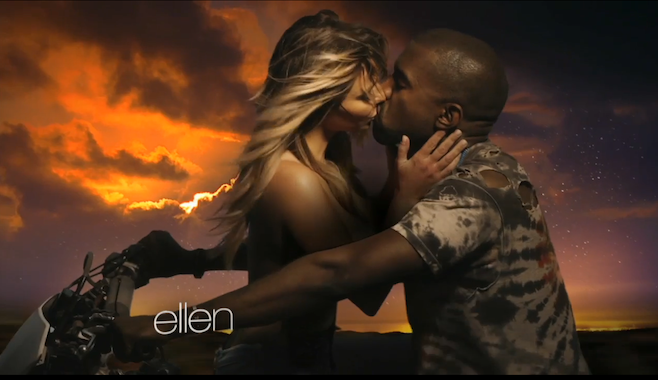 Yesterday, Kanye West appeared on the The Ellen DeGeneres show where he premiered the official video for “Bound 2” off his sixth studio album, Yeezus. In the clip, Yeezy and his garment less Fiance, Kim Kardashian take a motorcycle ride as they express their love for one another. The video is directed by Kirk Knight, who also worked with Ye on “Black Skinhead” as well. What do you think of the visuals? Let us know in the comments section