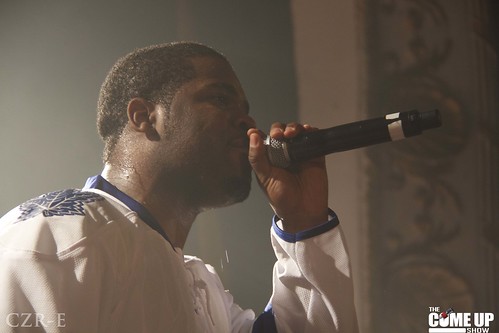 New York was in the building on Wednesday night as ASAP Ferg and the ASAP Mob got set to perform on the last stop on their Turnt x Burnt Fall Tour here in Toronto. The sold out show at The Opera House brought all of Toronto’s most loyal ASAP fans in celebration of the New York emcee’s first headlined tour. Along with Ferg, special guests 100s, Ashton Matthews and Joey Fatts were ready to keep the city’s hip-hop fans on their feet.  With the release of his debut album “Trap Lord” receiving positive reviews and still buzzing months after its release it was sure to be a tremendous night full of great energy. 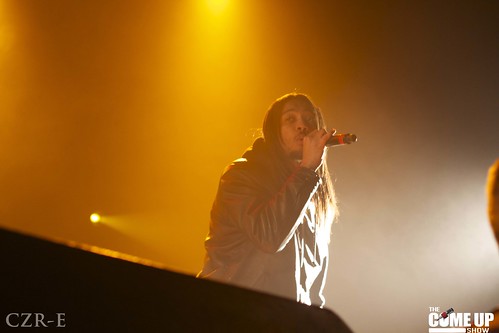 Fans entered the hall excited for what was about to come. If the Toronto show was going to be anything like any of the other shows on the tour fans were in for a treat. The show began with 20-year-old California bred 100s showcasing exactly why Fool’s Gold has signed them onto their label. With his catchy bars the fans grew louder as he broke into stylized dance moves during his performance. 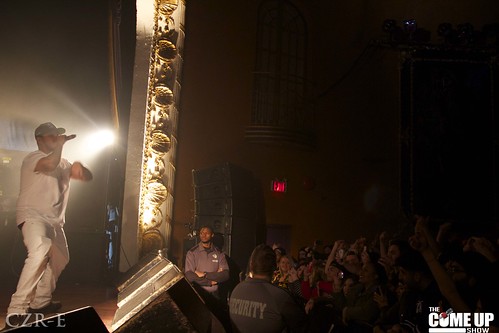 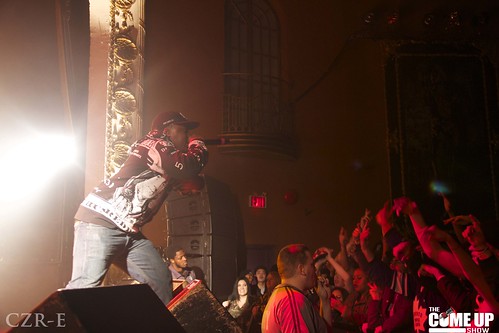 After that it was apparent that the next acts, Ashton Matthews and Joey Fatts, had to hike their performance a notch higher to keep crowd momentum. Running out with exuberant amounts of energy Ashton Matthews and Joey Fatts continued to hype the audience as they each performed singles from their respective mixtapes. But it was Joey Fatts who captivated the audience letting them know that he was here to party with them leaping in at the end of his set to continue the rest of the show among the fans. 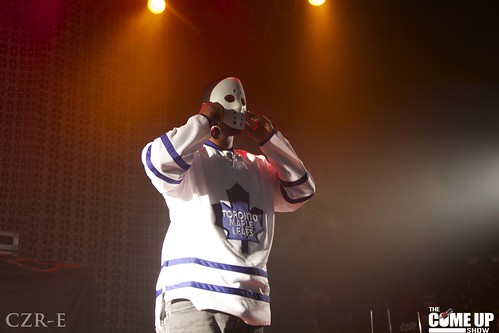 The lights grew dim. In front of the audience appeared masked ASAP Nast, ASAP Twelvyy, ASAP Ant and the man of the hour in a Toronto Maple Leafs jersey. The audience barked as they made sure the New York natives felt more than welcomed in their city. “This is the last night of the tour. I am happy that it’s here in Toronto,” yelled Ferg. He then got down on his knees and prayed before reciting the words to “Lords.” After several more performances from Ferg the microphone was passed to the Mob for the takeover. A lot of yelling into the microphone and a few crowd surfs later, their set was done. The fan reaction to the Mob’s performance seemed neither overly pleased nor dissatisfied. 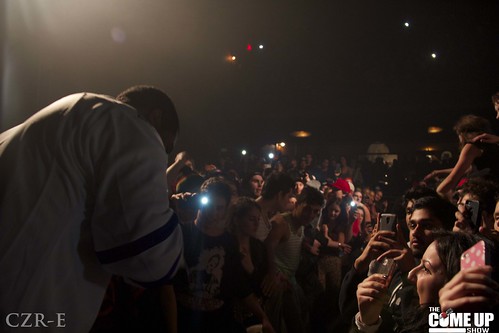 If any of the audience members thought about crowd surfing with a trap lord though they got their wish as the emcee parted the audience he ran up and down the aisle before getting back on stage to only dive into the crowd a few moments later. Lights were then switched off yet again before Ferg reappears to commemorate Rocky for everything he has done for himself and the Mob. As the stage lights grew dark with two purple lights facing him, he continued to salute Rocky before bringing him out to perform the remix to “Work” and fan favourite “Shabba Ranks.” 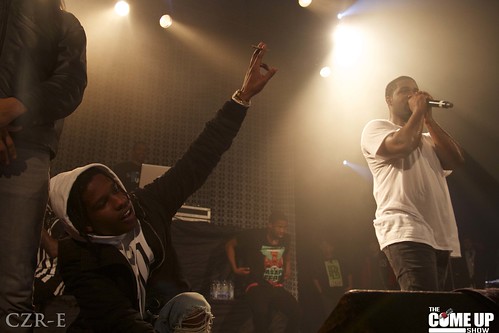 Ferg and Rocky’s performances showed their outgoing and amusing attitudes as they masked the microphone and sound errors from beginning to end. The show was everything you’d expect from the ASAP gang with tons of barking, smoking and bottle popping. The time now read quarter to midnight and in true ASAP fashion, Ferg and Rocky jumped into the audience to continue the party.