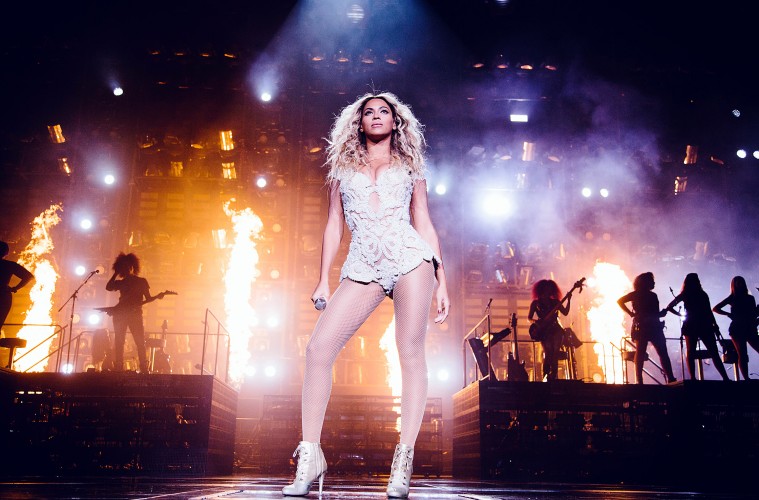 The air was frigid as fans began to gather at the Air Canada Centre to witness the great spectacle that is Beyoncé. She brought the heat this past Monday, December 16, as she headlined her ‘Mrs. Carter World Show’ tour just days after she surprised the world with her new 32-track self –titled album Beyoncé. With Grammy award nominated Luke James by her side the real storm was about to take place right here inside the stadium.

While fans rushed into the arena it was clear to all that Beyoncé is an icon with diehard fans that showcased their love for her by dressing in retailed attire. Thousands of fans of the ‘BeyHive’ settled into their seats waiting for the Queen to arrive. It was now 8:00pm and the lights dimmed as numerous conscientiously placed Beyoncé advertisements ran across the screens. Smoke began to formulate as Luke James walked out onto the stage. From the first few moments into his set it was clear as to why James’ performances were Grammy nominated. He serenades the crowd as he effortlessly hits every note of songs “Make Love to Me” and “I.O.U” from his forthcoming debut album Made to Love. The real ear grasper came when he covered Michael Jackson’s “The Way You Make Me Feel” and Marvin Gaye’s “Got to Give It Up.” It seemed that every voice in the arena that night, young and old knew almost every lyric. He continued as he beautifully harmonized the words to “I Want You” before ending his set with Drake’s “Hold On, We’re Going Home.” He didn’t leave the stage without letting the audience know how much he adored them and thanked the Queen Bey for hand selecting him for her tour stating, “Toronto I have to throw one last shine to one of the most beautiful people I have ever met. She could have chosen anyone else but she chose me, James. The person I am talking about is Mrs. Carter. So make some noise for Mrs. Carter.” One last smoke burst and the lights dimmed as Luke James exited the stage leaving the audience content and even more anxious for Beyoncé to appear.

A brief intermission proceeded as fans quickly stocked up on merchandise, food and drinks before returning to their seats for the main event. It is now 9:30pm and the lights go out as six dancers walk out onto the stage from beneath the floors while a long in width banner screen slowly makes its way up from center stage. Flash of light and there’s Beyoncé in a unique stance as LED lights and an alarm sounds her right into her first song “Run the World (Girls).” Loud screams of enjoyment filled the arena as fans sang along to Queen Bey ballads “If I Were A Boy” as well as classic hits “Get Me Bodied,” “Baby Boy,” “Freakum Dress,” “Naughty Girl” and “Diva.” Each song she performed consisted of a perfectly put together outfit ensemble as well as synchronized choreography that sure enough had the crowd on their feet dancing along. 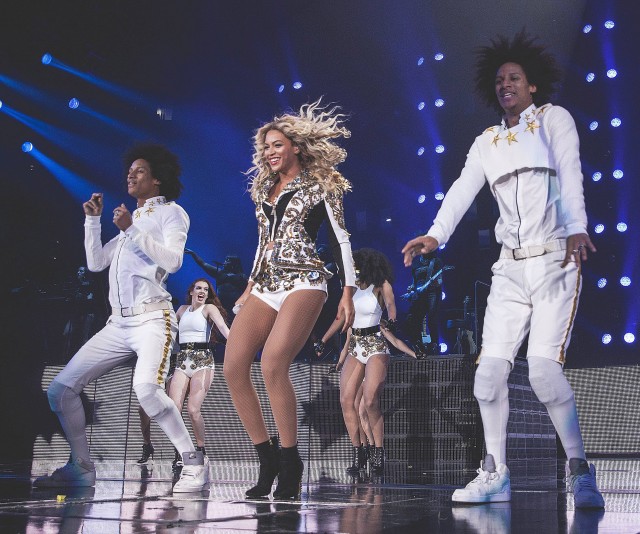 Backed by an all female band Beyoncé struts while male dancers ‘Les Twins’ follow close beside her as the beat to “Why Don’t You Love Me” begins. They sing and dance to every word from the hit single as the Queen makes a slight adjustment bellowing “Toronto, why don’t you love me” before letting the twins takeover for a solo dance to the remainder of the song. “1+1” brought down the tempo in the room prior to attaching herself onto a zip wire and flying across the arena onto a smaller platform to perform “Love On Top.” It was even more exciting to watch the second time around as she reattached herself and flew back over to the main stage fist-pumping and mouthing the words to anthem track “Survivor.” 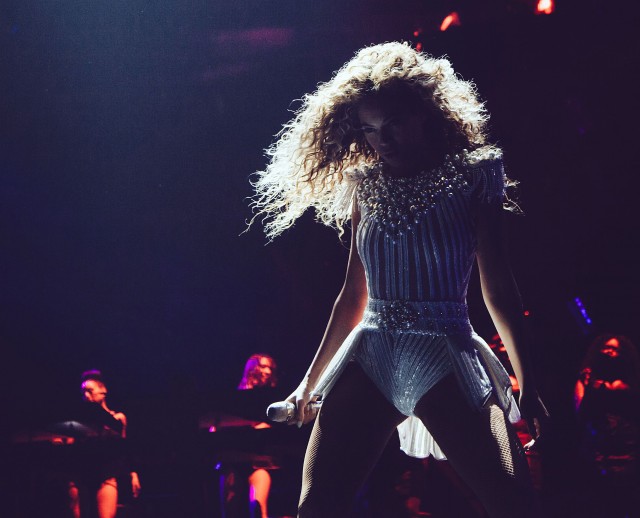 It was apparent that female empowerment was a key theme with her show as the fans helped her “Countdown” to “Crazy In Love.” She carries on towards the stage and establishes dominance as she moved into “Single Ladies (Put a Ring on it)” and “I Was Here.” In the midst of the show the beat changed and caught everyone in the audience by surprise. Those that had been acquainted with Beyoncé’s new project began to cheer as she hyped the audience into helping her sing the words to “XO.” This performance brought light to the fact that Queen Bey is indeed only human. This was seen on stage as she omitted a vast amount of lyrics in her song. As the band carried on she noticed her mistake and smiled it off as she continued on with the tune. In true diva fashion the superstar quickly refocuses and pays respects to Whitney Houston as she sings a cappella to the late singer’s version of Dolly Parton’s “I Will Always Love You.”

The night was now almost over as Mrs. Carter thanked her band, crew members and the audience for a fantastic night as she got ready to utter her final words before blowing the roof off with her perfect performance of “Halo.” “In 10 years’ time y’all will say “I was at a Beyoncé concert,”” the superstar declared as she gave a final salute to the audience. And I’m sure after the exhibition she put on the audience agrees. There was not one disappointed fan as the thousands of Toronto residents exited the arena. Beyoncé demonstrated exactly why she was Queen and after the crazy year she had she definitely is as “Flawless” as she claims.

And a very special thank you to Live Nation for giving us access to the show.