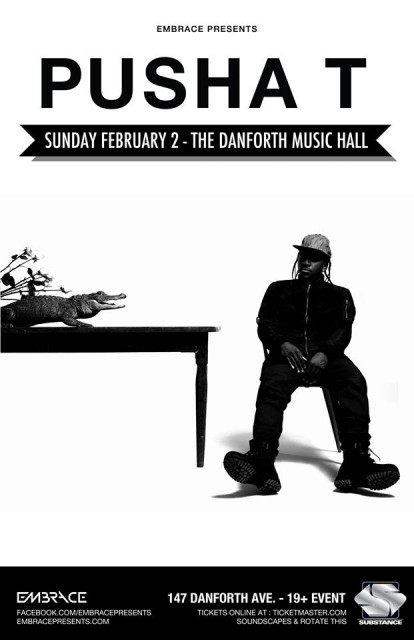 On Sunday February 2, 2014 G.O.O.D. Music artist Pusha T will be performing at The Danforth Music Hall in Toronto. Last year, Pusha released his critically acclaimed solo debut studio album, My Name Is My Name following his memorable Fear of God series. Now, fans will have the opportunity to see him perform live in concert. Check out the full details below.