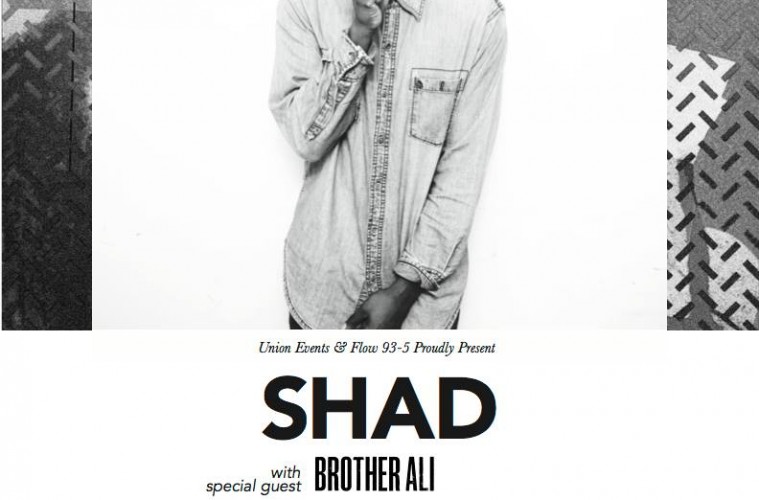 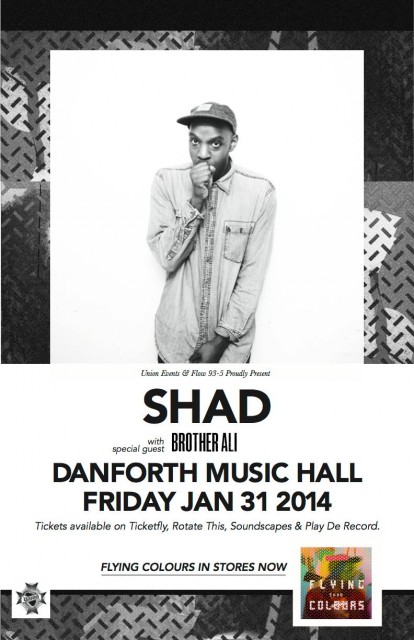 After a great sold out show at the Opera House just a few months ago and the release of his new album Flying Colours receiving great reviews, Shad will be back in Toronto on Friday January 31, 2014. Presented by Union Events & Flow 93-5 the critically acclaimed emcee will be joined by special guest Brother Ali as they get set to take the stage at the Danforth Music Hall at the end of the month. Take a look at the full details below.