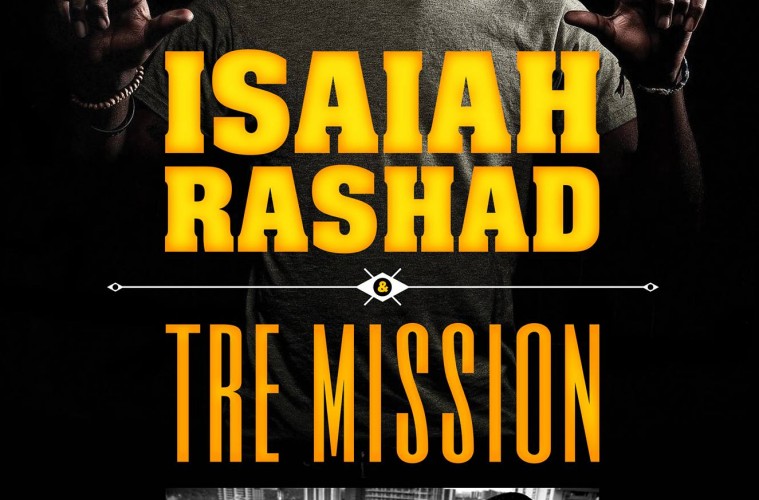 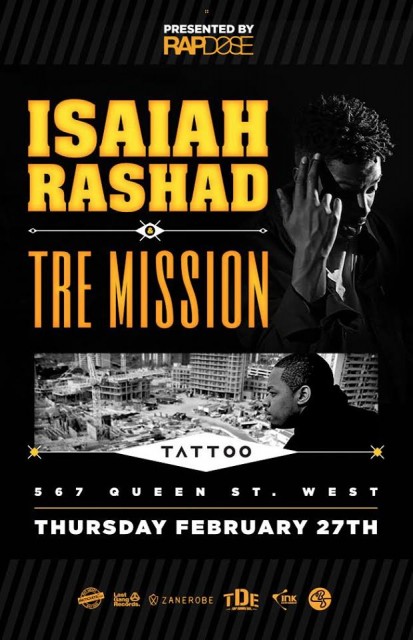 Top Dawg Entertainment’s Isaiah Rashad will be teaming up with Toronto’s Tre-Mission for a performance at Tattoo on Thursday, February 27, 2014. Being signed to TDE, Isaiah represents a genre of hip-hop that falls into a category similar to those of his label mates Kendrick Lamar, AB-Soul, Jay Rock and Schoolboy-Q. The recent release of his debut project, Cilvia Demo, showcases the hunger that Isaiah has for the rap game making this a concert one won’t want to miss! Take a look below for full event details and ticket information.