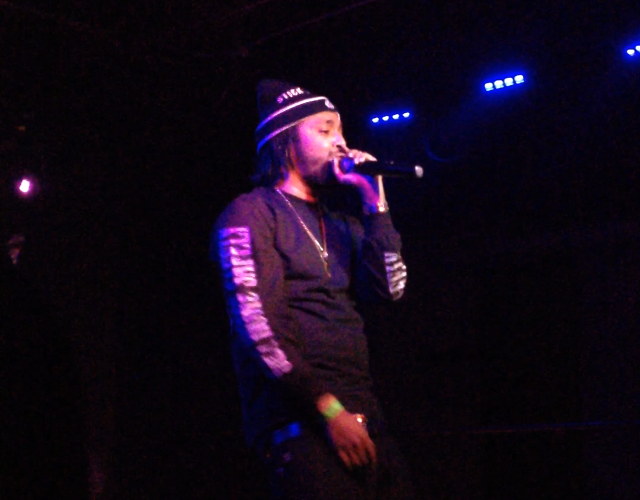 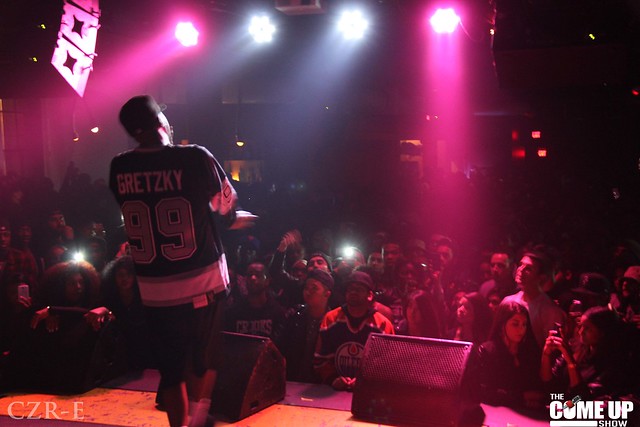 Friday January 31, was a busy night for Hip Hop in Toronto and The Come Up Show was there so none of you missed a beat. The Hoxton was filled with Dom Kennedy fans that were hyped for the OPM rapper’s first appearance in Toronto, his special guest Skeme and his DJ, Drewbyrd.

Leading up to the show, fans were huddled in line, trying to keep warm, and some even brought coffee. Most of the line showed up around 7, when doors were scheduled to open and were definitely ready to welcome Dom to Canada. Fans had ditched their typical Blue Jays and Leafs apparel for the night, trading it in for Dodgers hats and Kings gear.  Inside, if you were looking to rep your love, the merch table didn’t have much of a selection (just one black, long sleeved tee) but fans were still buying it.

As fans came into the venue from the cold, Devon Tracy took the stage. The Mississauga native had a great energy to kick the night off.  Tracy’s set was short and most fans likely missed it as they were still waiting to get inside. The club DJ took over until DJ Drewbyrd started spinning around 8pm. Drewbyrd did a great job in hyping the crowd by playing hit tracks from rappers such as Kendrick Lamar and Drake, but fans were starting to get anxious for the show to start.

Skeme was ready to take the stage just before 8:30 and came out with “Different” and a high level of crowd engagement. His fan interaction was a part of his stage presence and the crowd was definitely feeling that and his music. The tracks performed were “Oversick,” “Bullets,” and “Ain’t Perfect”; if fans weren’t familiar with Skeme’s work, it wasn’t apparent last night as everyone was vibing and having a great time. At the end of his set, Skeme stayed on stage with DJ Drewbyrd to keep the energy high and make sure the crowd was ready for the headlining OPM rapper.

By 9:15, every fan in the building was screaming for Dom Kennedy as he came from out back in his signature Gretzky LA Kings jersey and got right into his performance. “Dominic” was his first track and everyone was into it, rapping along with him. Dom kept the show at a high level of energy for the rest of the night with more tracks from Get Home Safely, like “Let’s Be Friends” and “If It Don’t Make Money”, which Skeme joined him for at center stage. Yellow Album was up next, and the crowd was without a doubt hyped up. “So Elastic”, “My Type Of Party” and “Girls On Stage” were the performed tracks from Dom’s 2012 mixtape and the crowd was yelling out for more.  Switching back to his newer material, Dom was having a great time performing for Toronto. Transitioning with ease, he performed “Erica Part 2,” “After School,” “Pleeze,” “We Ball,” and mixed in older tracks “1997” and “Grind’n’” (two big, crowd pleasing tracks). 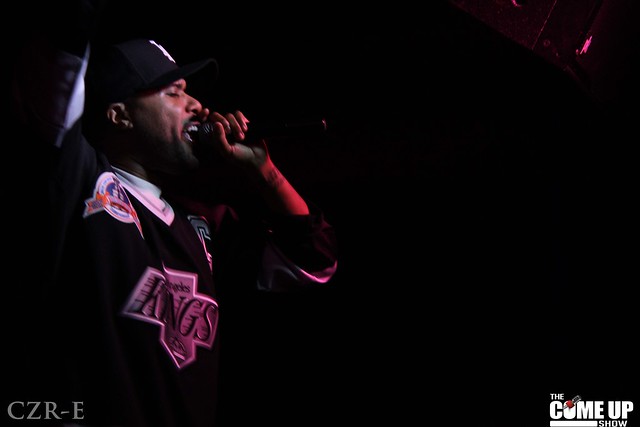 The night rounded off around 10:30 with “Gold Alpinas” and everyone in the building was hyped up.  Dom was showing love to people in the crowd, giving props and posing for photos for those at the front of the stage. The show ended on a high and the fans seemed pleased. After Dom left the stage, the club DJ continued to spin his tracks and the crowd kept jamming as they left the heat of the show and back into the cold Toronto streets.

The Canadian winter cold didn’t stop these west coast, California rappers from turning up the crowd at The Hoxton last night and showing love for Toronto; Dom even expressed his excitement about his first performance in the city.  If you are now kicking yourself for missing out, not to worry, a late night tweet from the OPM rapper states that he will be coming back to Toronto before the year is up. Unfortunately for all of us, we just marked the end of January, so he’s got 11 months to choose from.

If you did catch the show, we want to hear from you! What was your favourite Dom performance? Were you left wanting to hear a specific song that he didn’t perform?  And if he does come back to Toronto, will you be there? Let us know in the comment section below!

Review by Alexandria and Photography by CZR-E for The Come Up Show.