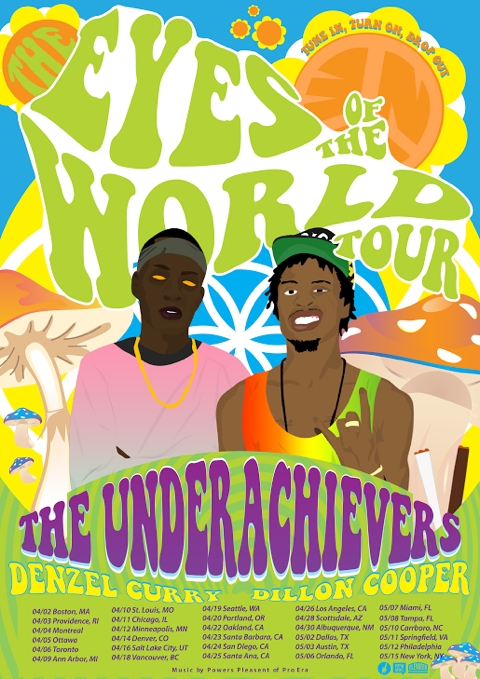 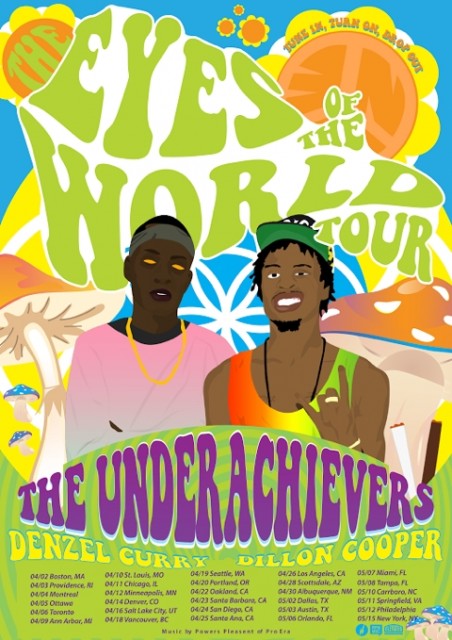 American hip hop duo from Brooklyn, New York, The Underachievers have announced their first headlining North American tour beginning this spring. The “Eyes of the World” tour will also be joined by artists Denzel Curry and Dillon Cooper. Kicking off in Boston, MA on April 2nd, the 29-city tour will make stops in cities including Toronto, Chicago, Los Angeles, and Miami before coming to end on May 15th in ther hometown of New York at Irving Plaza. The Underachievers are aiming to release their first album, The Cellar Door this spring as well. Check out the full tour dates below.

*all dates will feature Denzel Curry and Dillon Cooper