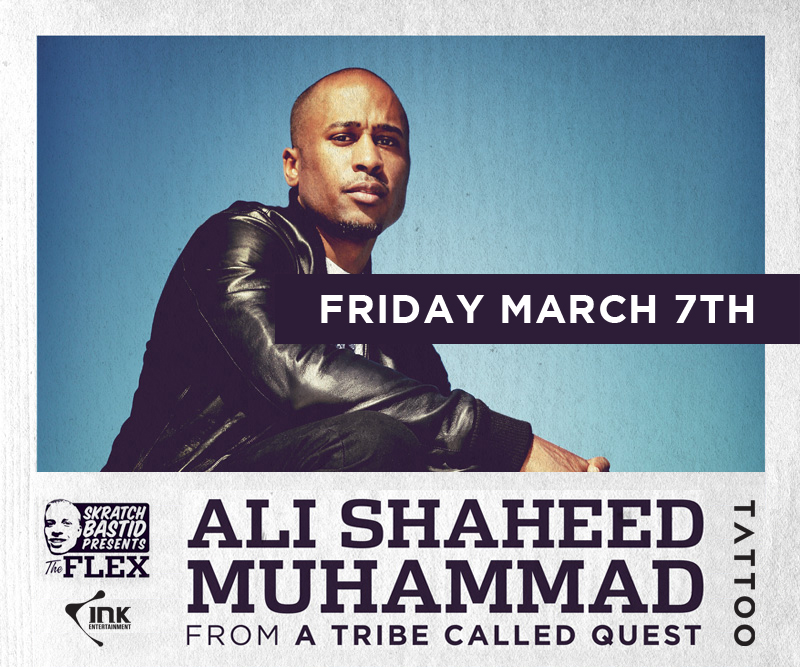 Skratch Bastid brings it back to the 1990’s for a night of legendary hip-hop with Ali Shaheed Muhammad from A Tribe Called Quest. The Juno nominated record producer and notorious member of one of the most infamous rap groups will host as they are set to perform at Tattoo in Toronto on March 7, 2014. Since going solo, Ali Shaheed Muhammad has released his first solo project called, Shaheedullah and Stereotypes, depicting family life, spirituality and his time with the group. This is one show fans certainly will enjoy! Check out below for tickets and detailed event information.