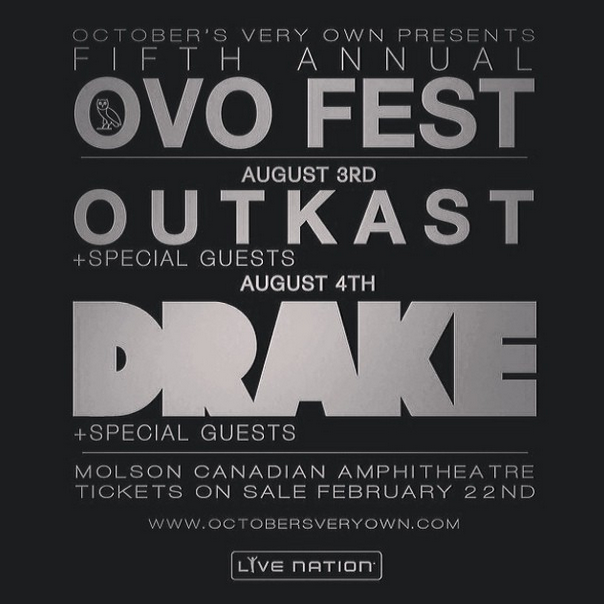 Drake has announced the 5th annual OVO Fest at the Molson Canadian Amphitheatre; taking place in Toronto on August 3rd and August 4th, 2014. If that isn’t exciting enough, Outkast will be featured alongside Drake as they co-headline one of the biggest music festivals of the year. Although no other names have been announced as of yet, you can expect a star-studded lineup of performers to take the stage. Last year, Drizzy brought out TLC, Diddy, Mase, Miguel, J. Cole, Big Sean, A$AP Rocky, French Montana, Kanye West, and more. Check out footage from Drake’s 4th annual OVO Fest below. Tickets for the event will go on sale Saturday, February 22, 2014 at 12:00PM via LiveNation.