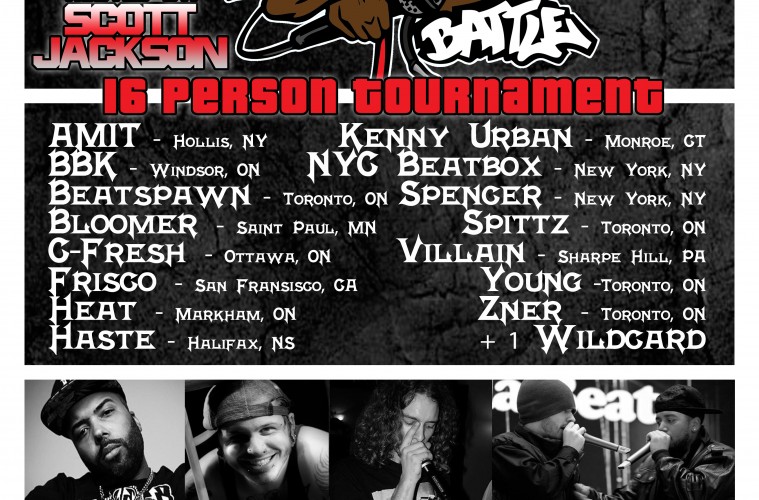 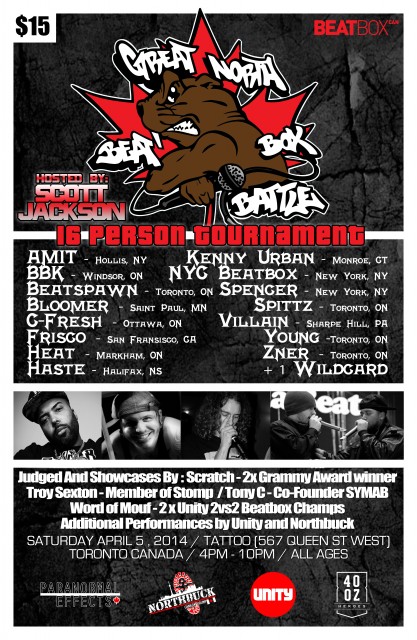 So you think you can beat box? Beatbox Canada & Unity Charity present the first annual Great North Beatbox Battle live at Tattoo Queen West in Toronto. The show is set to have 16 contestants from across North America battle it out for a grand prize. It will be hosted by 2012 Canadian Beatbox Champion Scott Jackson and judged by two time Grammy award winner Scratch along with Stomp member Troy Sexton, SYMAB Co-Founder Tony C and two time Unity 2vs2 beatbox champions Word of Mouf. With an added bonus performance by UNITY charity and Northbuck Canada Krump that you don’t want to miss! Check out the details below for full event and ticket information.