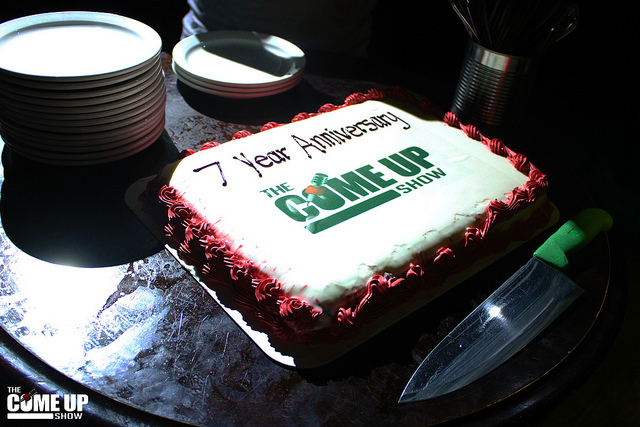 Since it’s humble beginnings back in 2007, The Come Up Show has been the focal point for the London Hip Hop scene. The initial time slot for our show was aired between 2:00am- 6:00am. Through pure determination and a love for the music, The Come Up Show moved through the ranks in it’s home town of London gaining notoriety, and has now become one of the most well renown programs in Canadian Hip Hop. This past Saturday, fans, team members and artists made their way to Hideaway Records and Bar to celebrate the 7th year anniversary of CHRW’s The Come Up Show. 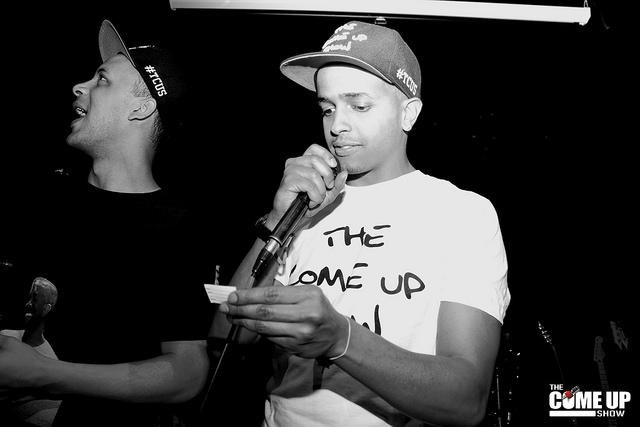 No expenses were spared in preparing for this event. Limited edition 7th Year Anniversary snap backs and t-shirts were for sale in the Hideaway shop, letting fans of the show represent to the fullest. A 7th year anniversary mixtape showcasing the night’s performers was packaged for fans a week prior to the event, building up the excitement for Saturdays show, and finally some of the greatest acts in Ontario were placed on the bill, bringing that feel good music to the people partying at Hideaway for this amazing event. 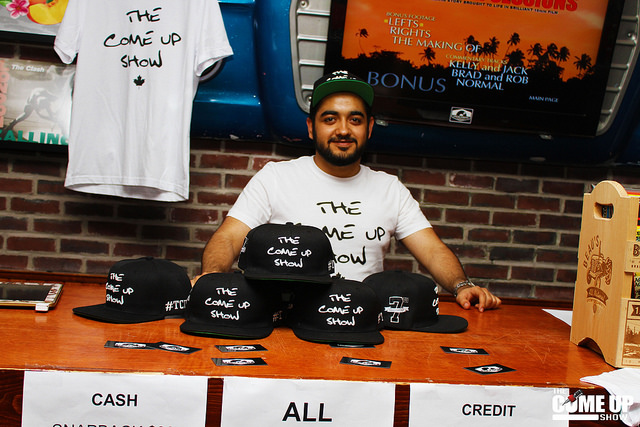 The first act of the night was Hamilton rapper T.Y, who went out of his way to make the trip down to London, bringing an amazing set with him. Opening for legendary acts such as Mos Def, the up and coming emcee brought his full arsenal of hits for fans at Hideaway. It’s not easy to win over a hip hop crowd in any venue, especially when you’re not playing at your home court- this wasn’t the case for T.Y. Representing his KINGS crew to the fullest, T.Y had Londoner’s awestruck at his lyricism and delivery. 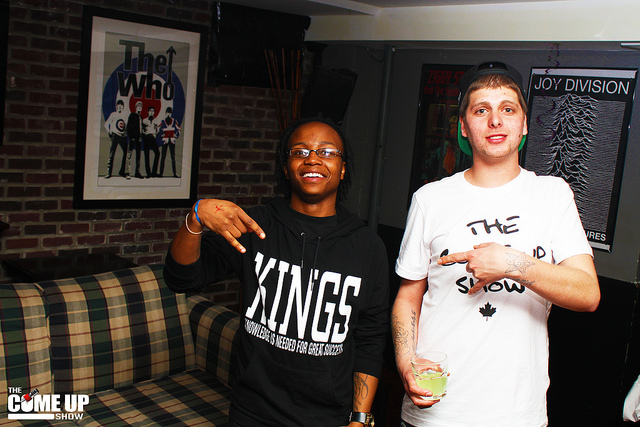 While performing his track, “You Got Me” I overheard a fan in the crowd say, “You know who this dude reminds me of, J. Cole”. I agreed with this statement on one level. Though T.Y is the same caliber of emcee as the Fayetteville spitter, his style is unique, creative and one hundred percent original – a Cole comparison is accurate, but don’t get it confused, T.Y is in a league of his own. T.Y cranked out hit after hit, and closed his set honoring the one of the greatest to ever do it, Biggie Smalls. His track titled, “Brooklyn Way”, was given a new title to show love to the London crowd who held him down his entire set. Flipping the chorus to “Spread love it’s the London Way,” fans went ballistic as the chanted the chorus along with the homie from Hamilton. T.Y left a lasting impression for fans at Hideaway, hopefully we will be lucky enough to see him perform again down the road. 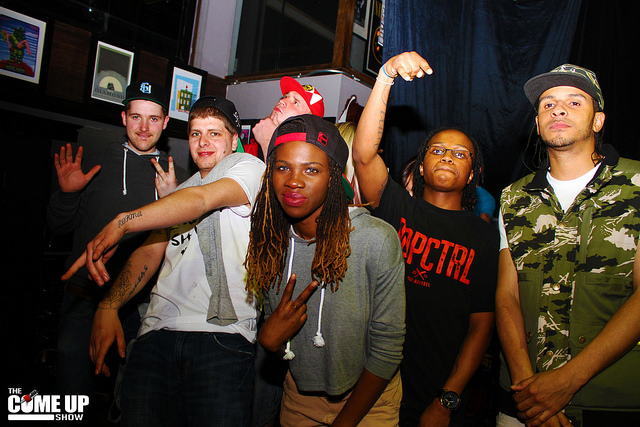 Haviah Mighty, a long time The Come Up Show collaborator/supporter was up next. Haviah’s live performances are always exciting, and gets everyone in the building on their feet without a doubt. Haviah made a strong connection with the audience as she ran through her trademark covers of Beyonce’s “Drunk in Love,” and Chris Brown’s “Loyal.” The crowd fed off Haviah’s infectious energy, as they sang along to every word Haviah belted out. Haviah even gave a shout out to T.Y. letting him know he gave the building some great energy to kick off the night which helped her begin her set. I’ve seen Haviah perform a few times now, and each performance leaves me excited, and curious to see how she can up the up the ante for her next set. Haviah’s didn’t disappoint, as she left everyone in the building buzzing with her last track of the night, an electrifying remix of Future’s banger, “SH!T.” Every single body on the Hideaway dance floor was bouncing around, screaming the chorus back to the emcee on stage. Haviah’s set was turnt up to the nth degree. Miss Mighty always comes correct at Come Up Show performances, and we love her for that! 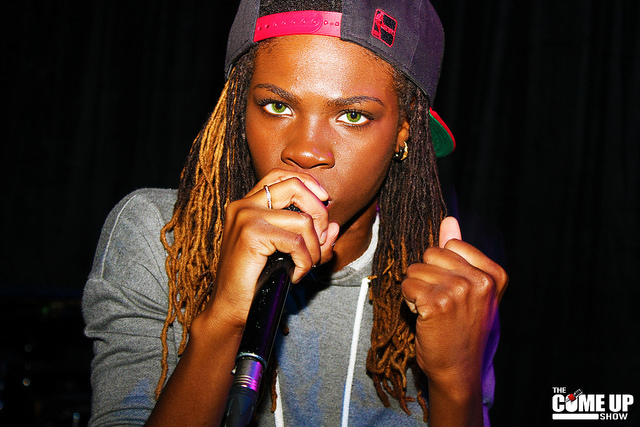 Fan favorite TreeTop hit the stage next with the entire entourage, Casper, Kehmak, Culture The Beatsmith, TT Lo and Ben Rudland. These guys always have great stage presence so as the fire was fueled by the first acts, Treetop hit the stage with a bang. Opening with “Go To Hell” or “Ready Set Go” as it’s otherwise known as, Treetop took you on a journey, from “The Realest” off Casper’s Marcus Morris Mixtape 5, Kehmak’s smash single “The Good Ol’ Days”. All leading into what was the livest crowd reaction of the night, “Let It Be Known”. A song taking over the radio right now, if you haven’t heard this tune, I advise a listen. Casper was a part of the first Come Up Show broadcasts ever and prides himself on growing alongside the program year by year. Looking back at the 7th year anniversary Casper was most excited to chop it up with the night’s headliner, D-Sisive and of course part with The Come Up Show at the epic Easter/420 mash up. This year has been a promising year for Treetop and it only builds more and more as the summer festivities approach. Treetop rocked the stage at Hideaway Records & Bar like there were five thousand people there, and it left a lasting impression on everyone. 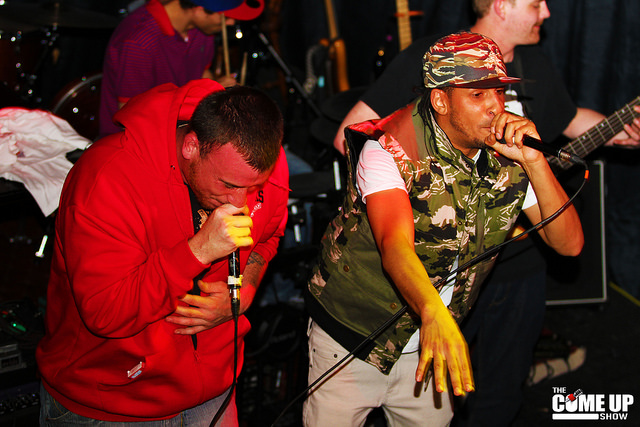 Keeping the live music rolling, A-Fos & The Rude Youth hit the stage next. With a mixture of banging drums, funky guitar riffs, groovy keyboard solos, and nimble lyricism, the London-based hip-hop band has built a strong following within the city, and continues to gain support from outside regions. A-Fos and T.R.Y started their set off by revisiting some old school hip hop classics. Setting things off with a bang, the band covered B.I.G’s, “Big Poppa,” handing the mic back to T.Y. mid song, allowing him to get a few more bars off to the Biggie classic. The hits didn’t end there, as A-Fos and crew executed funky cover of Will Smith’s theme song “The Fresh Prince of Bel-Air”- Who doesn’t know the words to that song? The crowd was loving it! Coming off the release of their debut EP, Trying To Be Better, fans in attendance got to experience a first hand sampling of the amazing tracks off this project. A-Fos & The Rude Youth are one of the most intuitive acts that you can come across as far as live Hip Hop goes, you can catch them again May 8th at London Music Hall where they will be opening for Down With Webster’s Camm Hunter. 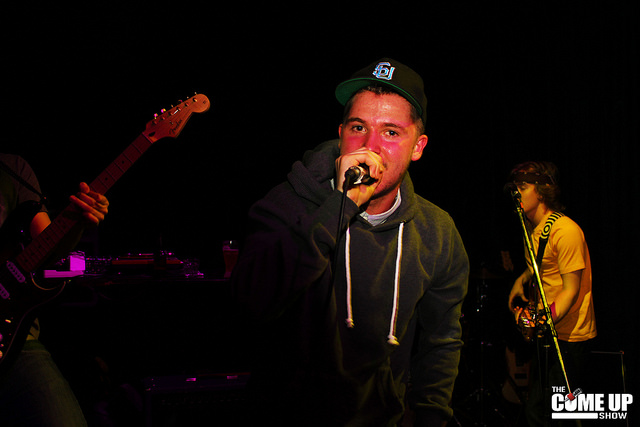 Four time Juno nominee D-Sisive is always known to give a great show. I’ve heard it from many people personally numerous times. The Come Up Show’s 7th Year Anniversary was the first time I witnessed him live. As he entered the building during Haviah Mighty’s set, D-Sisive sat down at the merch table and signed cd’s and shirts for everyone. Chopping it up with fans, myself and the other artist’s. As he took the stage, the room was ecstatic. Everyone there was a fan, how could you not be a fan of D-Sisive though? His music is amazing. As he ran through tracks from his first unreleased album, new tracks off the Desolate, everyone in Hideaway was singing along to the songs. D-Sisive, dancing and talking to the crowd. You already know D-Sisive is a funny guy, he had everyone laughing and enjoying themselves completely. I think everyone left having a good time, and what better way to celebrate your April 20th with live hip-hop music, drinks and good people. 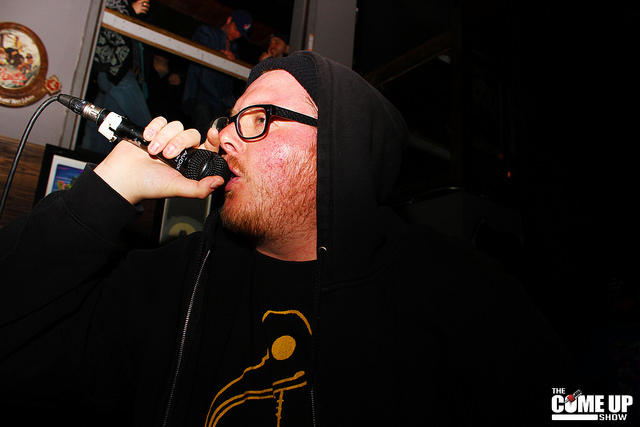 In addition to the amazing live acts, tonnes of free giveaways and prizes were up for grabs at Hideaway last Saturday night. In honor of 4/20, four glass bongs were being raffled off, as well as a chance to win three hours of studio time for all of the inspiring emcees that were in the audience. DJ DoubleDown held the crowd down in between sets, keeping the party bumping as he always does on the ones and twos. As a final send off for the night Come Up Show host Chedo came with a special treat for all the fans who came out to support the show- everyone’s favorite, ice cream cake! 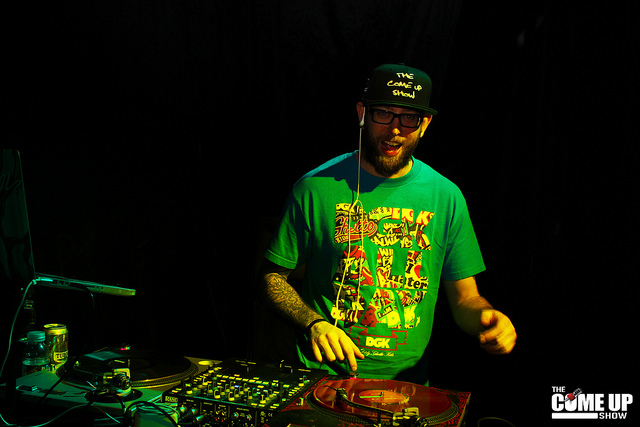 Needless to say The Come Up Show’s 7th year anniversary show was a great success. All of the artist on the bill Saturday night give the crowd a show that will be talked about for quite some time. The support from from fans and artists alike is what allows The Come Up Show to keep moving forward- there would be no show without the listeners! Thanks to all who came out last weekend, we promise to keep providing listeners with that feel good music. 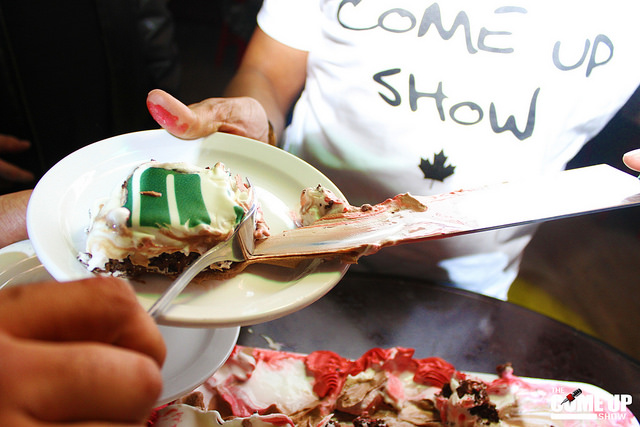 Check out the full gallery below. Photography by Eddy Rissling for The Come Up Show.