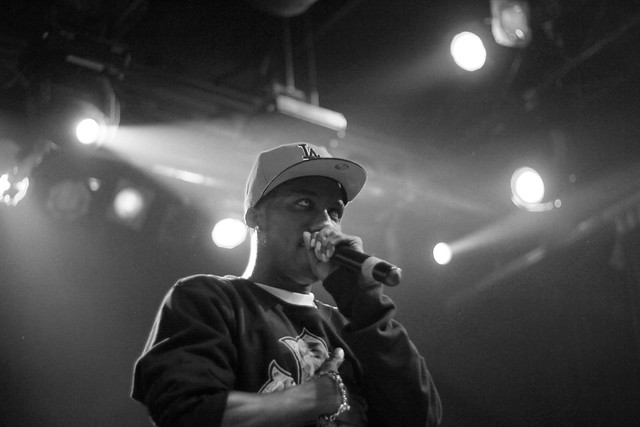 It’s been just over a year since the Funk Volume artist Hopsin hit the stage in Toronto, last January to be exact; so the hype leading into the show at Kool Haus, May 16th was phenomenally huge. Months in advance you seen hundreds of posts over social media, full of excited fans ready to experience a night, that was well..one you’ll have to continue on to find out about. As part of his Knock Madness tour, starting in Vancouver and ending in Montreal on May 17th, Hopsin hit the stage in every major city across Canada in support of his latest album, Knock Madness and believe it was a tour I’ll bet he’s going home remembering. Hopsin has been on the rise over the past few years, gaining more notoriety in the business and along with the likes of Tech N9ne, he is an inspiration and a role model for all independent artist’s alike. 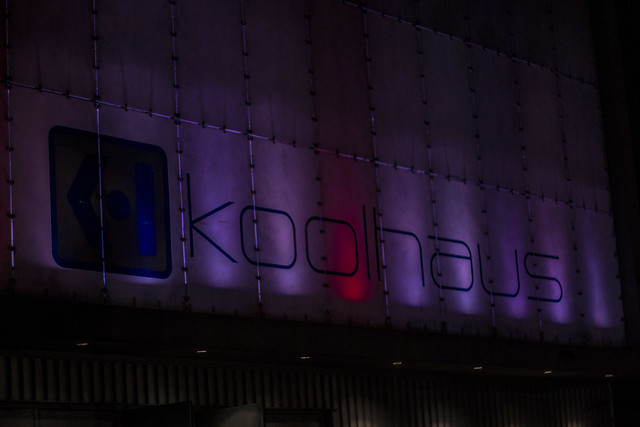 Arriving early for soundcheck, from early in the night the intensity of the show filled the Toronto air around the Kool Haus with excitement. Fans lining up as early as 4:30 just to be the first one’s up front of the stage and without a doubt, the line filled up faster than dixie cup. Stretching all the way around the corner and down a block. As all the artist’s pulled in their equipment, you could see people peering from the line hoping to get a glimpse of Hopsin, boy were they surprised when he came out, grabbed his skateboard from the back of a van and decided to grab a few skaters from the line up tear up the parking lot with.

As the doors opened, watching the venue pack in, The Bass6 went up and got the crowd amped up for the show. Playing hit after hit, you could tell looking amongst the crowd we were in for a treat tonight. As the stage filled with smoke, Jimmy B walked out. A group of people around me weren’t too sure who was opening as I was talking to them. I knew what they were in for, so I watched their reaction as Jimmy came out greeting the crowd with “Yxung Lxrds” off his latest album, L.O.R.D.S. Needless to say it didn’t take long for them to get into it Going through a bunch of tunes of his project, Jimmy brought up some label mates like DillanPonders and SeT to perform their track together, “Finals”. Flex touched the stage for the “Fuck It Yo” remix. At one point during his set, a few people tried to start a “we want Hopsin” chant, and Jimmy didn’t hesitate to them exactly what was what. “You motherf*cker’s is exactly what’s wrong with Toronto right now” he says. Which is entirely true, how can you be from a city, and not show love to an artist trying to represent you, from your city. A few minutes later, you knew that they were vibing along, because drawing into the final few songs like “One Whisky”, Jimmy took to end his set with a bang. As “Warning Shot” came on, the whole team took over the stage during the hook, letting everybody know exactly who they were before they left. The crowd calling out Jimmy’s name as the said his last few words on the mic. As I went back through the crowd a few of the people who weren’t sure who was opening looked at me and said “yo man, that dude is nice!”. 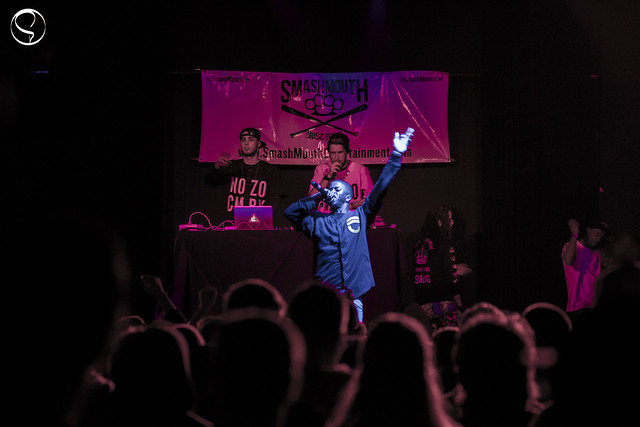 If that was the opening, imagine how they rest of the night was. As DJ Hoppa went up to get ready for Hopsin’s set, keeping the intensity of a packed Kool Haus going, the chatter around the bar and outside as people went out for their smoke was nothing but excitement. Talk of what happened at last years show, expectations for the night and other random talk. Myself, I’ve never seen Hopsin perform so I was taking it from more as a judgemental point of view. I’ve seen countless amazing shows so I can easily pick out one’s where I felt the performance should have been more lively. This wasn’t the case though at all! As DJ Hoppa announced Hopsin, the smoke started pouring onto the crowd, you could barely see where he was, than a few words came out, “what’s up Toronto!”. The venue went nuts. Running through all of the “Ill Mind of Hopsin” tracks, “I Need Help” and more, as he walked back and forth across the stage, making sure everyone was well involved. At one point, when I was talking to someone beside me, Hopsin flew over top of me and stage dove, getting some people to hold him up in the middle of the crowd as kept rapping his verse. This wasn’t the last time either. Going through a bunch of tracks off his new album Knock Madness, Hopsin brought up a fan to rap along the second verse of a song, while out in the crowd just as Hopsin did not twenty minutes earlier. As the fan floated through the crowd on his way back to the stage, Hopsin jumped out again! “Nocturnal Rainbows”, “How You Like Me Now”, the hits just kept coming. The building was roaring the whole time. Hopsin was set to perform until 10pm, going on at 9pm. Toronto wasn’t having it. Hopsin ended up going for an hour and a half straight. Toronto was loving it. I don’t think one person left the Kool Haus unsatisfied that night. 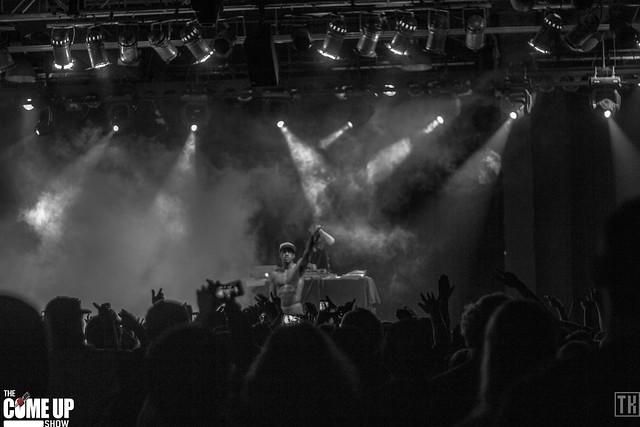 Honestly, I walked in there only knowing a few Hopsin songs, so it was a first experience on every level. The reaction from the crowd, showing so much love to Jimmy B was amazing. Unlike some shows, it was only him and Hopsin touching the stage. You see a lot of shows where there is like twenty openers with ten minute sets, at times that can be a bit much. Friday night at Kool Haus was perfect. A few minor shoving matches broke out during the show, but that’s typical, especially when it’s an all ages show. As the crowd, who knew Hopsin and not so much Jimmy, walked out fans of Jimmy B. It was the opposite for me, I knew Jimmy’s music but not Hopsin so much. I definitely left a fan, Toronto left satisfied seeing Hopsin up on stage. He even brought ten girls and six guys up on stage to rock out with him for a bit! All in all, it was a great show. Everything ran smoothly. You could tell Hopsin was having a great time. Jimmy B mentioned it was one of the livest crowds he’s ever performed in front of. For the first Hopsin show I’ve ever been to, it’s got me excited for the next one.

Check out the full gallery, with tons of amazing photo’s from the night below and let us know what you thought of the show!