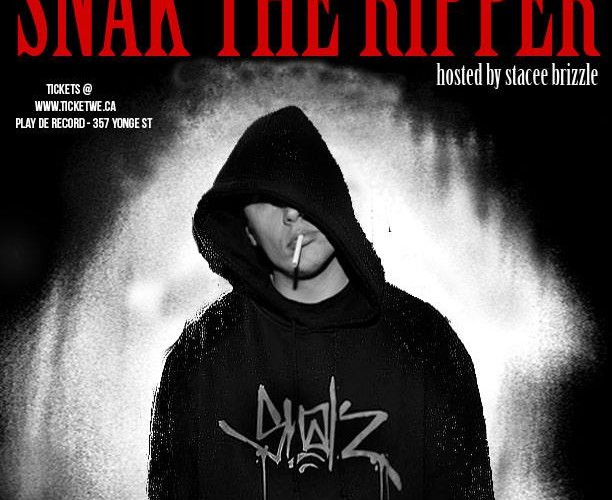 On Thursday, May 22, 2014, Snak The Ripper will perform live in concert at the Rockpile West in Toronto in support of his Just Givr Canadian tour. In less than three years, Snak has gone from an anonymous artist, to internet star. His rise came following a life and death battle with drug abuse in which he struggled to stay clean. Since then, he’s managed to stay focused, having released four projects to date and has also opened for artists such as RA The Rugged Man, Sean Price, Choclair, Swollen Members, Moka Only and many more. His newest album, Just Givr was released on April 29, 2014 via Stealth Bomb Records. The event will be hosted by Stacee Brizzle and DJ RAPTURR. Check out the full details below.