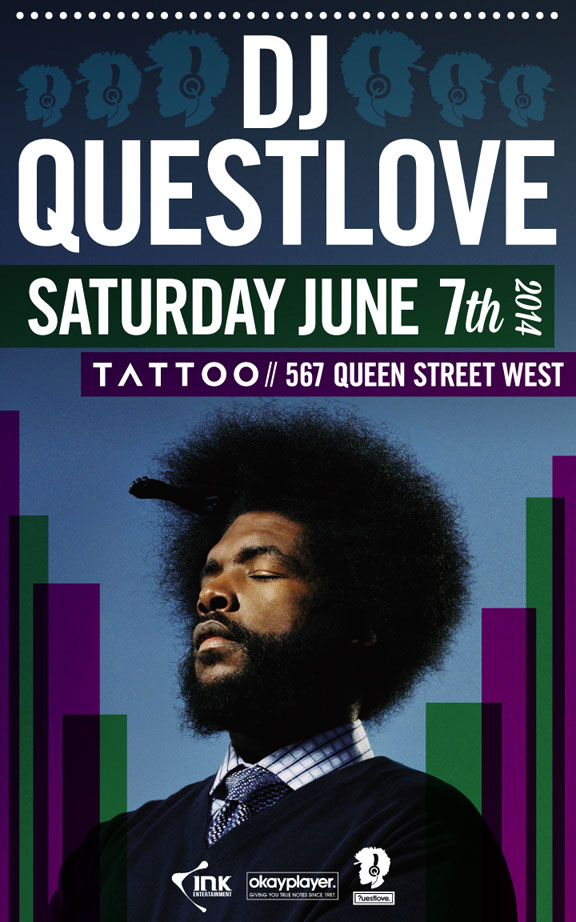 World renowned percussionist and producer, DJ Questlove will be returning to Toronto’s downtown core for a special performance on Saturday June 7, 2014 at Tattoo Queen West. Known mostly for his role as the drummer for The Roots, the collective also serves as the in-house band for The Tonight Show Starring Jimmy Fallon late-night talk show. Take a look at the full details below.