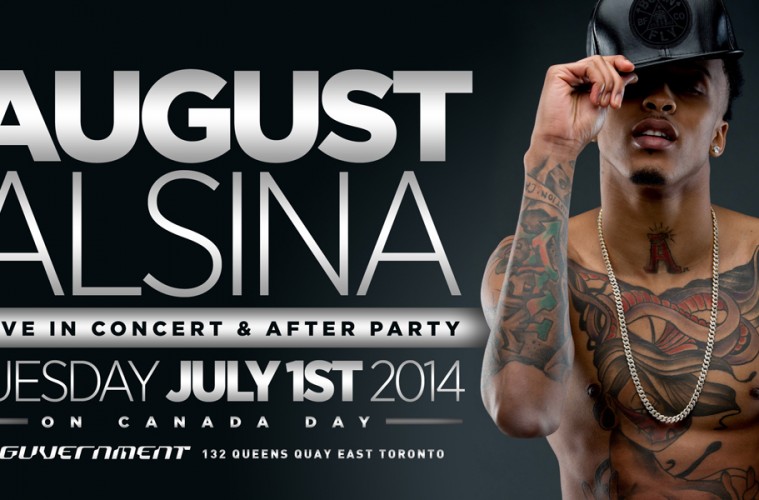 An upcoming superstar in his own right and 2014 XXL freshman August Alsina will be headlining his first concert in Toronto on Tuesday, July 1, 2014. The concert will take place at The Guverment Entertainment Complex in downtown Toronto and is presented by NNTME and Booking Boss. With the recent release of his debut album, Testimony, quickly taking over the charts August Alsina is one of the most talked about R&B artists from today’s generation making this one concert fans don’t want to miss. Take a look below for full event details and ticket information.