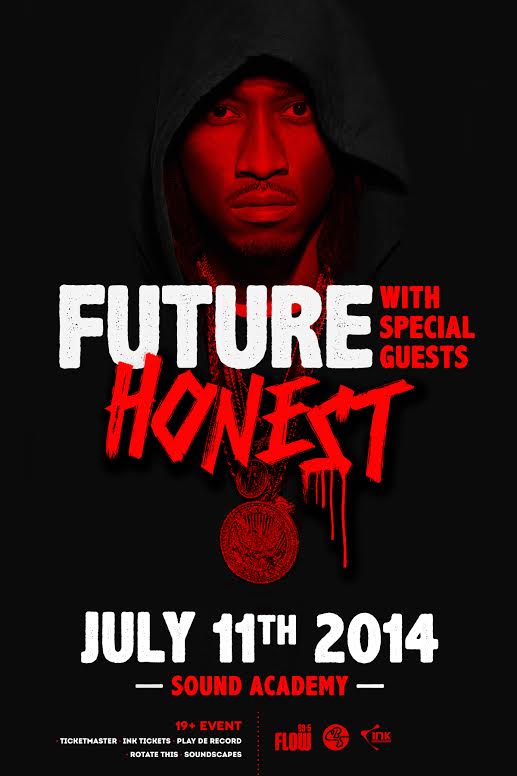 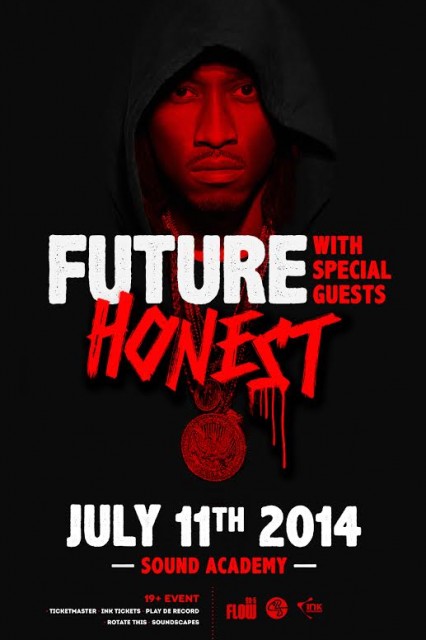 Atlanta, Georgia native and Freeband Gang member, Future will be performing alongside special guests on Friday, July 11, 2014 at the Sound Academy in Toronto as part of his “Honest” tour. Signed to A1, Freebandz and Epic records, Future released his critically-acclaimed debut studio album, Pluto in 2012; later re-released as Pluto 3D. Future also dropped his second studio album, Honest on April 22, 2014. He is responsible for several of the biggest singles in Hip-Hop to date and has also collaborated with artists including T.I., Drake, Kanye West, Pusha T, R. Kelly, Snoop Dogg and many more. Take a look at the full details below.