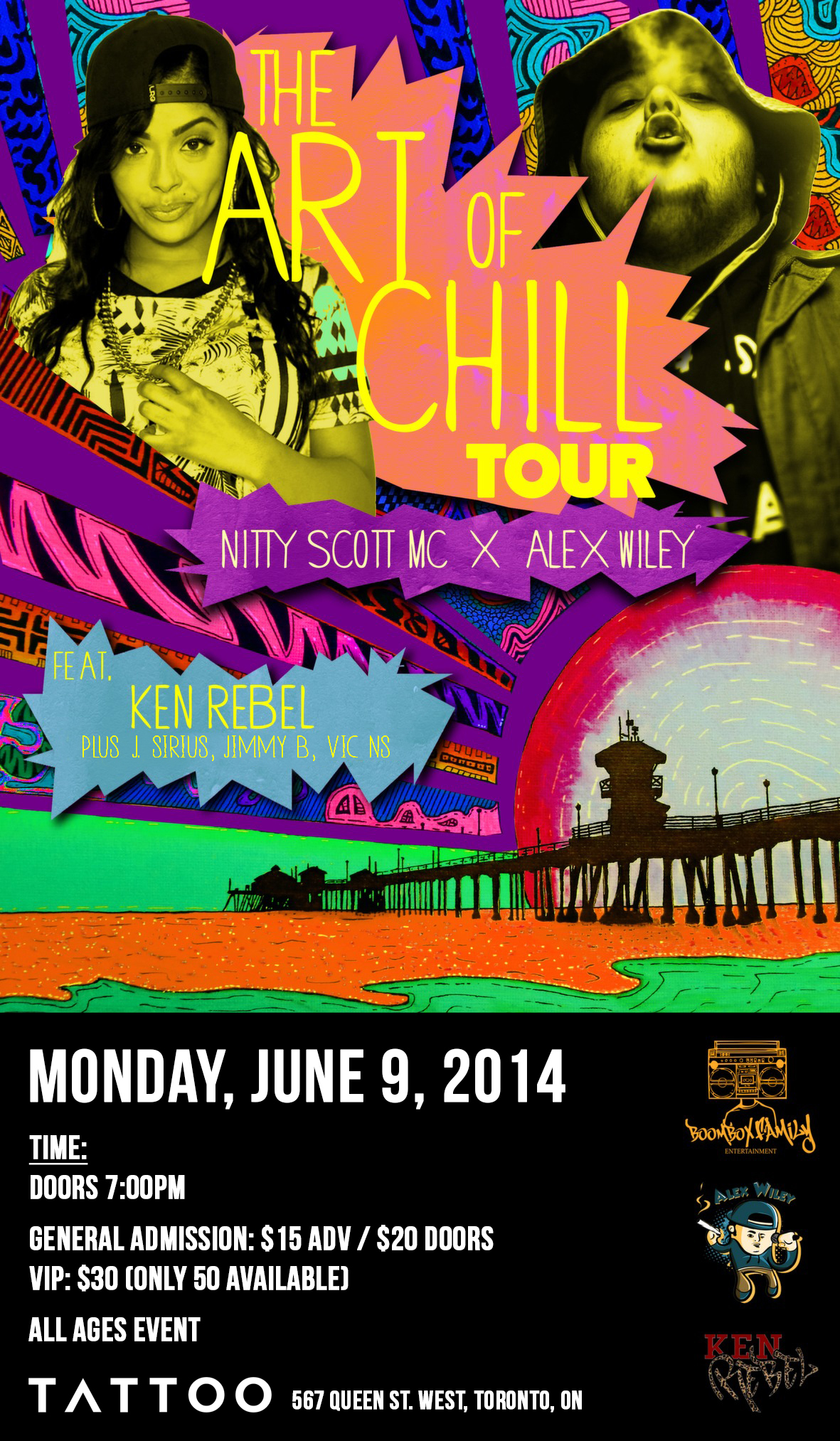 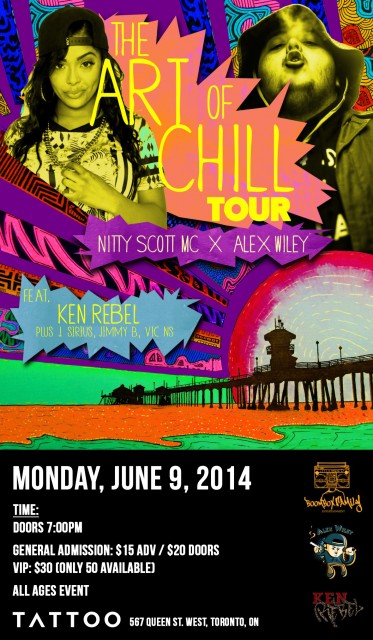 Brooklyn, New York City native Nitty Scott MC will be coming to Toronto as part of “The Art of Chill” tour on Monday, June 9, 2014. Nitty first gained notoriety following a viral video in which she freestyles over Kanye West’s “Monster” recorded back in 2010. Since then, she has performed at the BET hip hop awards as well as the Brooklyn Hip Hop Festival. Having been compared to the likes of artists such as Lauryn Hill, MC Lyte, and Big Pun. This year, she released her debut album, The Art of Chill; a 15-track LP which includes features from Ab-Soul and production from Ski Beatz among others. She will be joined by Alex Wiley with special guests Ken Rebel, J. Sirus, Kevin Abstract, Jimmy B, and Jake Bluez. Check out the full details below and get familiar with Nitty Scott’s work after the jump.

*The Come Up Show will be giving away (1) one pair of tickets to see Nitty Scott MC perform live. Enter below!