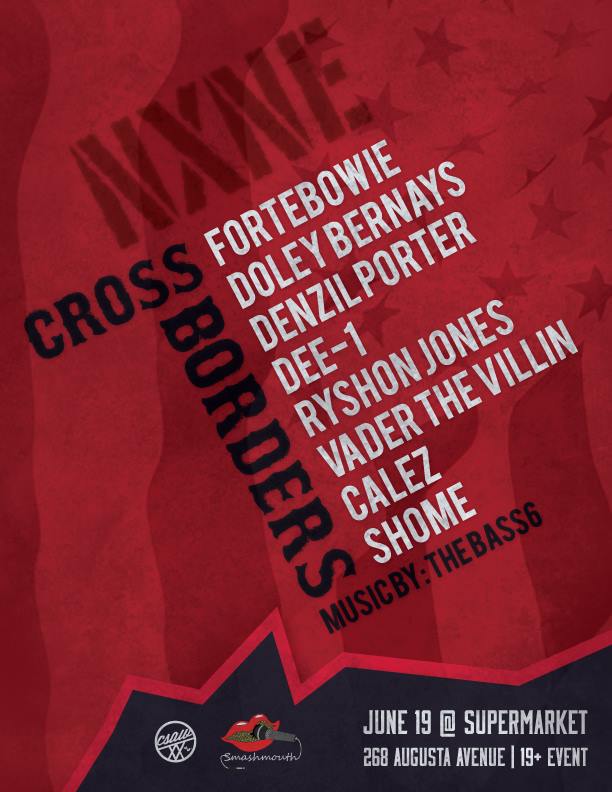 SmashMouth Entertainment is teaming up with North By Northeast (NXNE) once again, to host the Cross Boarders Showcase on Thursday, June 19, 2014 at Supermarket in Toronto. The showcase will consist of an all-American line up, making their Canadian debut. Atlanta’s ForteBowie will headline the event alongside SmashMouth signee Vader The Villin, New York’s Doley Bernays, Denzil Porter, New Orleans’ Dee-1, Shome, Philadelphia’s Ryshon Jones, and Chicago’s Calez. If you’re a fan of music from promising emcees from across the boarder, this is an event you need to attend. Check out the full details below.