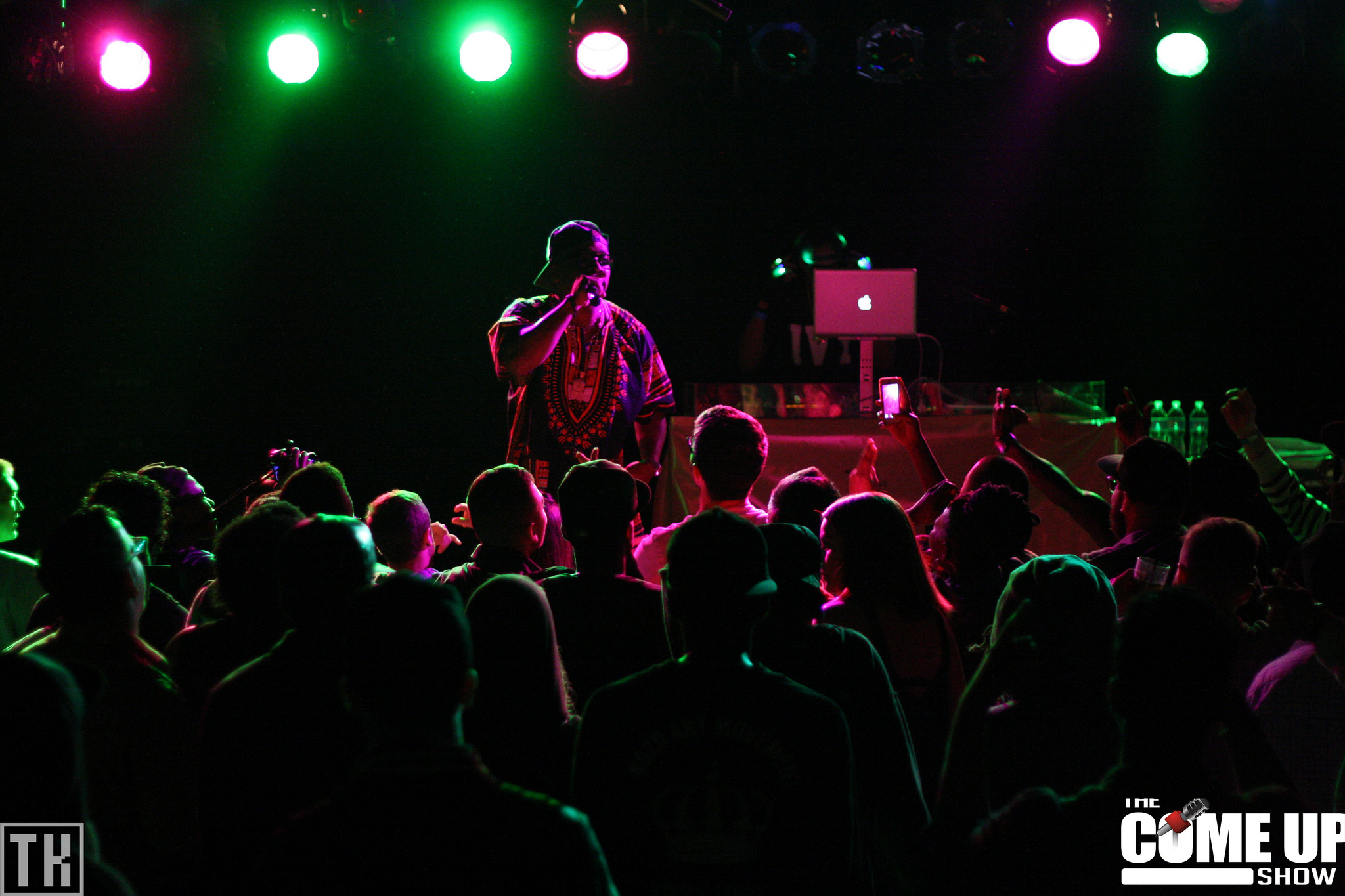 As a show to almost kick off NXNE week, Cyhi The Prince made his way to Toronto on Saturday, June 14 to perform at Tattoo. This venue located on Queen Street West has been home to some great concerts previously; this one was an addition to that list. If you’re a G.O.O.D. Music fan, which how could you not be; than you might of been ecstatic to witness this Grammy Award nominee perform in Toronto. I know I was. It’s always good to see an artist live to really get acquainted with their overall sound when you’re a fan of their music. Currently promoting Black Hystori Project, executive produced by Kanye West; you know it was going to be one of those nights.

With a slow rush of people coming in at first, SmashMouth Music Group’s own, SeT hit the stage to start things off. Having a chance to witness him perform a few times before, the energy he brings to the crowd is something you have to experience. With an outgoing personality, he really captures that essence when on stage. While there wasn’t a packed venue to start, SeT got off the stage and walked around, cordless mic in hand. AuRA being just released days before, it was only right he performed some of the fan favorites off that. From “Bounce” to “AuRA” when he grabbed the mic stand and rocked out. “Let me just get on my Kanye for a minute” he says.
Short and well-opened, SeT left the stage leaving an impression.

Billboard charting artist, Jerzee has been on his tour game for a while. All over North America to Europe and Asia. With a full band equipt behind him, Tattoo was in for a treat. Fuller than before, as the time drew later more crowded into the upper half of the venue. It was at this moment, some frustration grew in the room. As the sound of the instruments played, Jerzee got into the first couple songs of his set. Being my first time seeing him perform, I thought he was amazing; and those all around did as well. It was not too long in though when the sound started becoming a problem. Frustration between the band and the sound guy was at an all time high. Microphone levels being turned down periodically. It was enough to ruin someone’s performance, though Jerzee and his team played it off amazingly. Ending everything on a positive note.

After a brief tear down, DillanPonders was up next. If you’ve ever witnessed him live, you know this moment was one of the highlights of the night. Walking around, laying on the couches before his time to go on, DillanPonders comes across as a true rockstar. The vibe you get when speaking with him can confirm that. Taking the stage, DillanPonders got right into some hits off DROWN, before cutting into some remixes he had released that blew up like “What They Want”, ending it with “Downtown”, an anthem that it true to himself. DillanPonders has no problem telling those he’s around exactly how he likes to party and he had Tattoo partying right along with him.

As The Bass6 kept the place going, Cyhi The Prince made his way to the stage. Everyone was obnoxiously loud at this point, although it wasn’t a full house, it was an intimate one. With so many big tunes on Black Hystori Project, Cyhi made sure the give the fans the full experience. “Mandela”, “Be Great”, “February 29” to name a few. Looking all around, not one person I could see had their arms crossed. From the seating level, front stage back to the soundboard everyone had their hands up, repeating the words they knew. Being used to huge audiences, Cyhi played that stage exactly like it was, and not one person left Tattoo disappointed. Most even heading downstairs to continue the night, as it was an early ending show. Being the Saturday before NXNE started in Toronto, everyone involved made sure this was the show to start it all off! Follow by Rick Ross the next day.

We went and filmed to take you on a journey throughout the entire night, from when we entered the building up until the end, be sure to watch out for this video re-cap coming real soon. Until then, check out our gallery of images from the night.