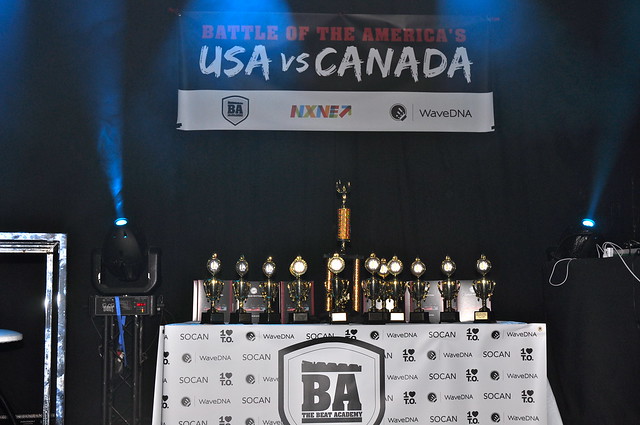 Music producers are generally known as a behind the scenes figure when it comes to the release of material. Very rarely do we hear much about the individual(s) responsible for providing the sound bed to some our favourite songs. However, this generation is beginning to shift, offering a completely new experience; full of opportunity. While some producers prefer to portray themselves as mysterious, or anonymous, others are shaping a culture where talented individuals can share their craft with a live audience. Beat Academy is a non-profit organization dedicated to the creative and economic advancement of producers (also known as “hit makers in the making”). Beat Academy started 4 years ago as a showcase called Sound Battle Royale. 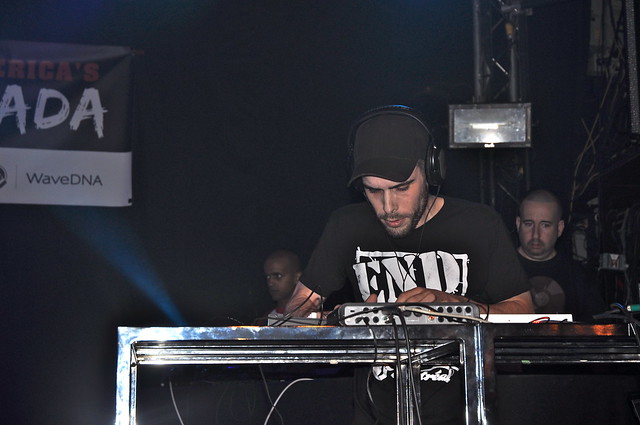 On Saturday, June 21, 2014 The Beat Academy brought together 24 producers from both, the U.S.A. and Canada as both teams competed in the first international beat battle, held inside of Toronto’s Virgin Mobile Mod Club in downtown Toronto during the annual NXNE (North by Northeast) festival. The event was hosted by The Come Up Show’s very own, DJ Chedo representing (#TeamCANADA) and Lowkey of You Heard That New (#TeamUSA), special guest judges included Ivan Evidente, Symbolic One, Mastermind, Jake One, and the legendary Young Guru. Guest performances included Montreal’s Tehu and Toronto-based producer/engineer Fresh Kils. 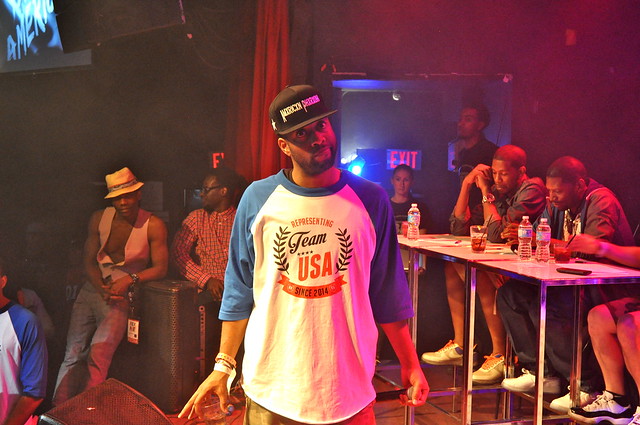 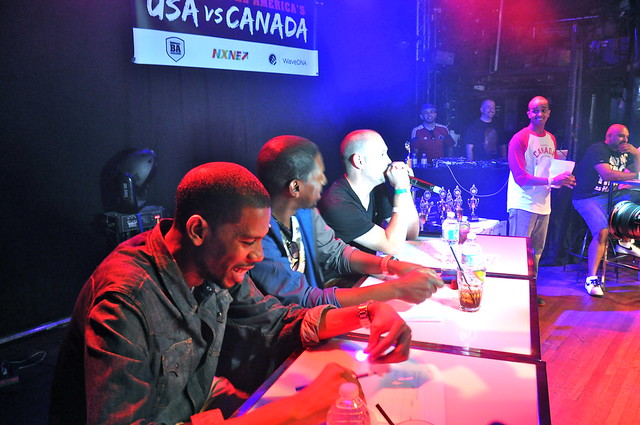 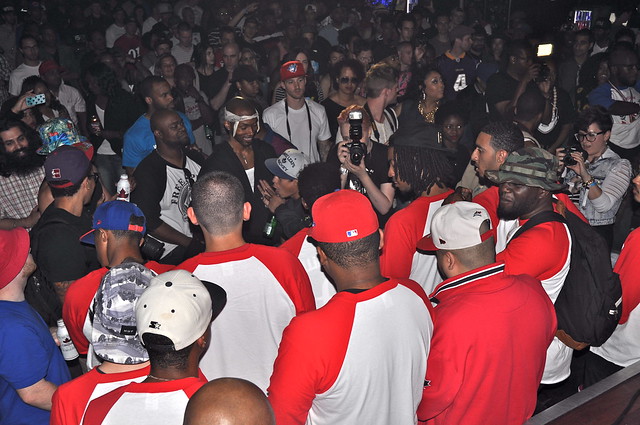 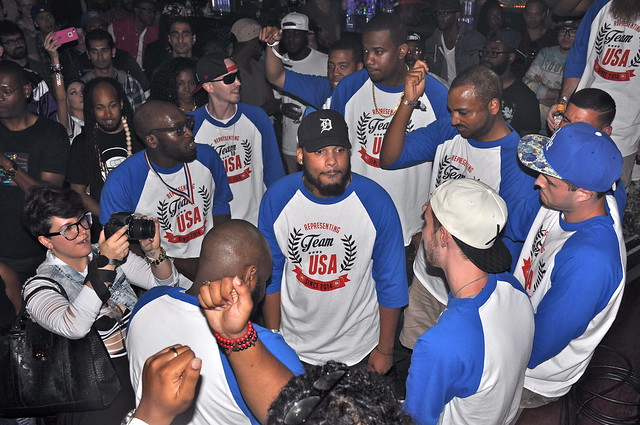 Starting off the night, Chedo explained to the audience “This is not your typical beat battle. It’s a team battle. There are 12 people on each team, who have been given a series of beat challenges to prepare for which he explained”. Team Captains made their way on stage, calling either “heads” or “tails” during the official coin toss. USA won the toss, choosing to go second in the battle. It was an epic showdown between the two countries with Team Toronto taking the lead in the early stages of the competition. This included ROUND ROBIN, where 5 producers from each team showcased their best beats and ROUND TWO, where 2 producers from each team displayed 2 beats using Lombardi from the Superbowl and Hockey Night in Canada. The score at this time was 22-26, with Team Canada taking the upper hand.

However, Team Toronto’s lead was short lived as Team USA came right back in ROUND 3, where 3 producers from each team exhibited 1 beat for 3 different genres including Boom bap, Trap, and EDM. USA continued to make their run into ROUND 4, where 2 producers from each team showcased 2 beats from 2 drum kits incorporating S1’s “Fire and Ice” and Jake One’s “Snare Jordan” kit respectively. It was at this time that Team Toronto’s T-LO received the “Best Beat” Award for his beat “Rags to Riches” which had the highest score, resulting in a Maschine, courtesy of Native Instruments.

With the announcement that both teams were tied 30-30 heading into the final round, Team Canada and Team USA went double or nothing by wagering all of their points in ROUND 5: FRANKENSTEIN, where all 12 producers were required to make 1 beat. Although both instrumentals were spectacular in their own way, there could only be one winner. After playing both instrumentals, the judges deliberated, eventually choosing Team USA as the winner for the night. Following a triumphant victory, both, USA and Canada showed sportsmanship through a mutual respect as they congratulated one another for a job well done.

Check out the full photo gallery below and let us know what you thought about the show.