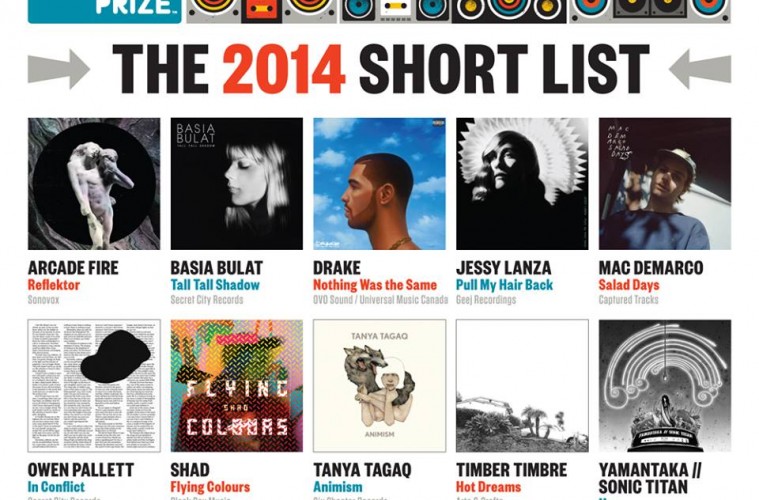 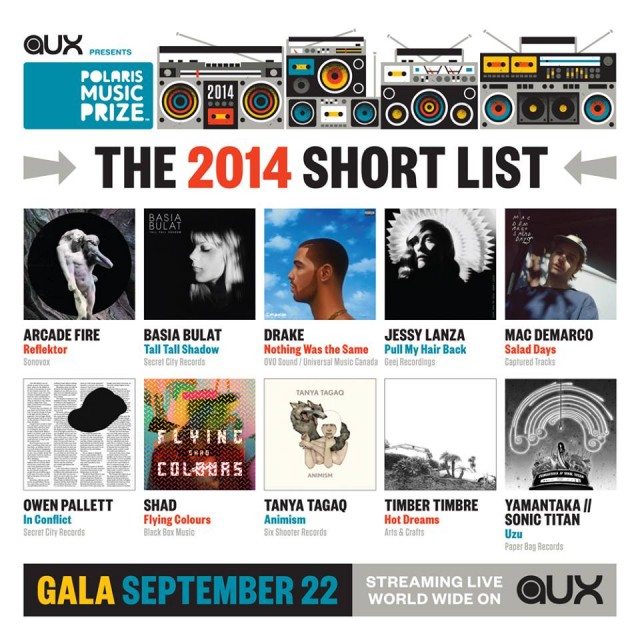 The 2014 Polaris Music Prize Short List that were revealed this morning in Toronto and our good friend Shad was nominated for a third time (2008, 2010, 2014). Shad joins the VERY short list of Arcade Fire, Owen Pallett, and Metric to be nominated for a third time. Drake is listed this year for Nothing Was The Same which some disagree with as Polaris is supposed to be supporting “indie” artists. Do you agree or disagree? Let me know in the comments section.

The 2014 winner will be determined by an 11-member Grand Jury during the Polaris Gala at The Carlu in Toronto on September 22. The Grand Jury will be selected from the larger pool of nearly 190 music journalists, broadcasters and music bloggers from across Canada who make up the Polaris jury.