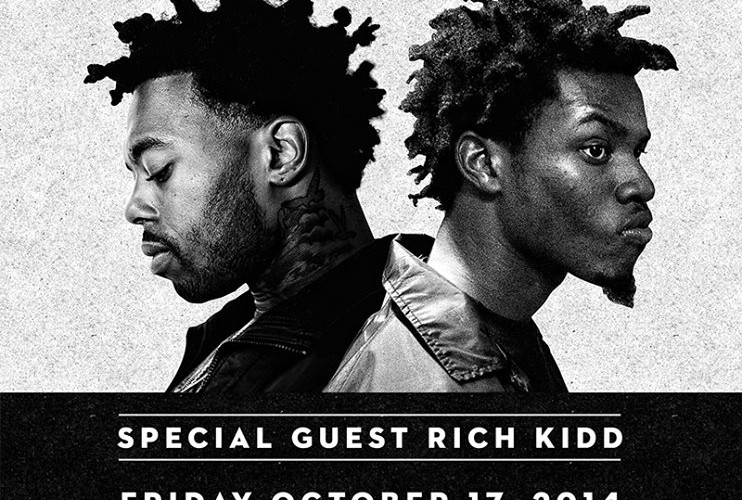 INK Entertainment and Smashmouth present Deniro Farrar and Denzel Curry as part of the Bow Down Tour taking place on Friday, October 17, 2014 at Tattoo Queen West in Toronto. North Carolina rapper, Deniro Farrar first gained attention in 2010 by releasing his debut mixtape, “Feel This.” Fararr recently dropped his latest project, Rebirth EP in May of this year. Miami emcee, Denzel Curry is a former member of SpaceGhostPurrp’s Raider Klan. His inception in the industry began with his LP, Nostalgic 64, which helped him create a following within the hip-hop community. The two will be joined by Toronto rapper/producer, Rich Kidd who released his independent album, In My Opinion in April of 2013. Tickets go on sale at 10:00AM Friday, July 18, 2014. Check out the full details below.