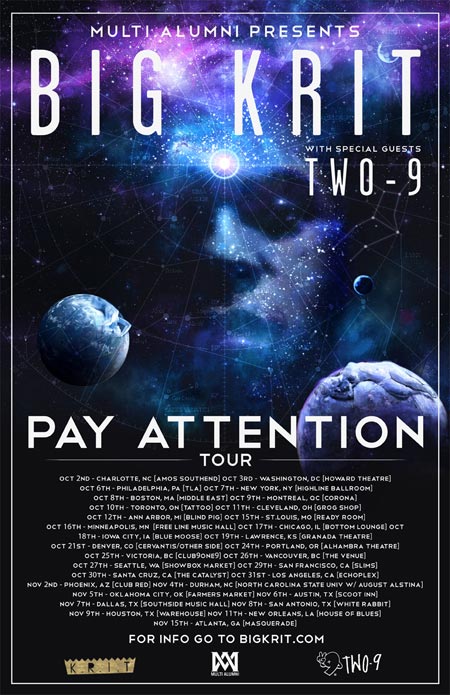 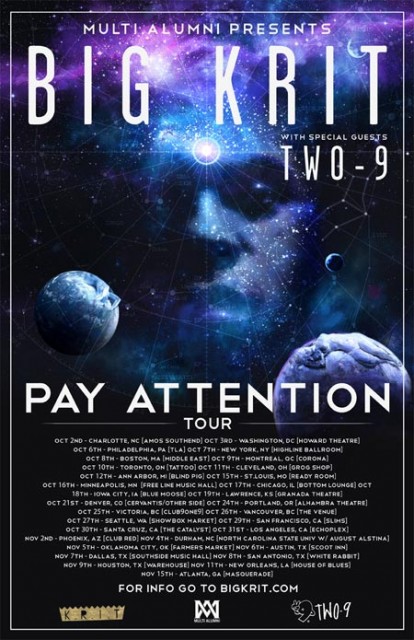 Mississippi native Justin Scott better known by the stage name of Big K.R.I.T. will be making his way across the boarder on Friday, October 10, 2014 for a performance at Tattoo Queen West in the downtown district of Toronto. The show is one of many that will be apart of the rapper/producers “Pay Attention” tour and will feature Atlanta hip hop group Two-9 as the opening act.

For full event details and ticket information take a look after the jump.