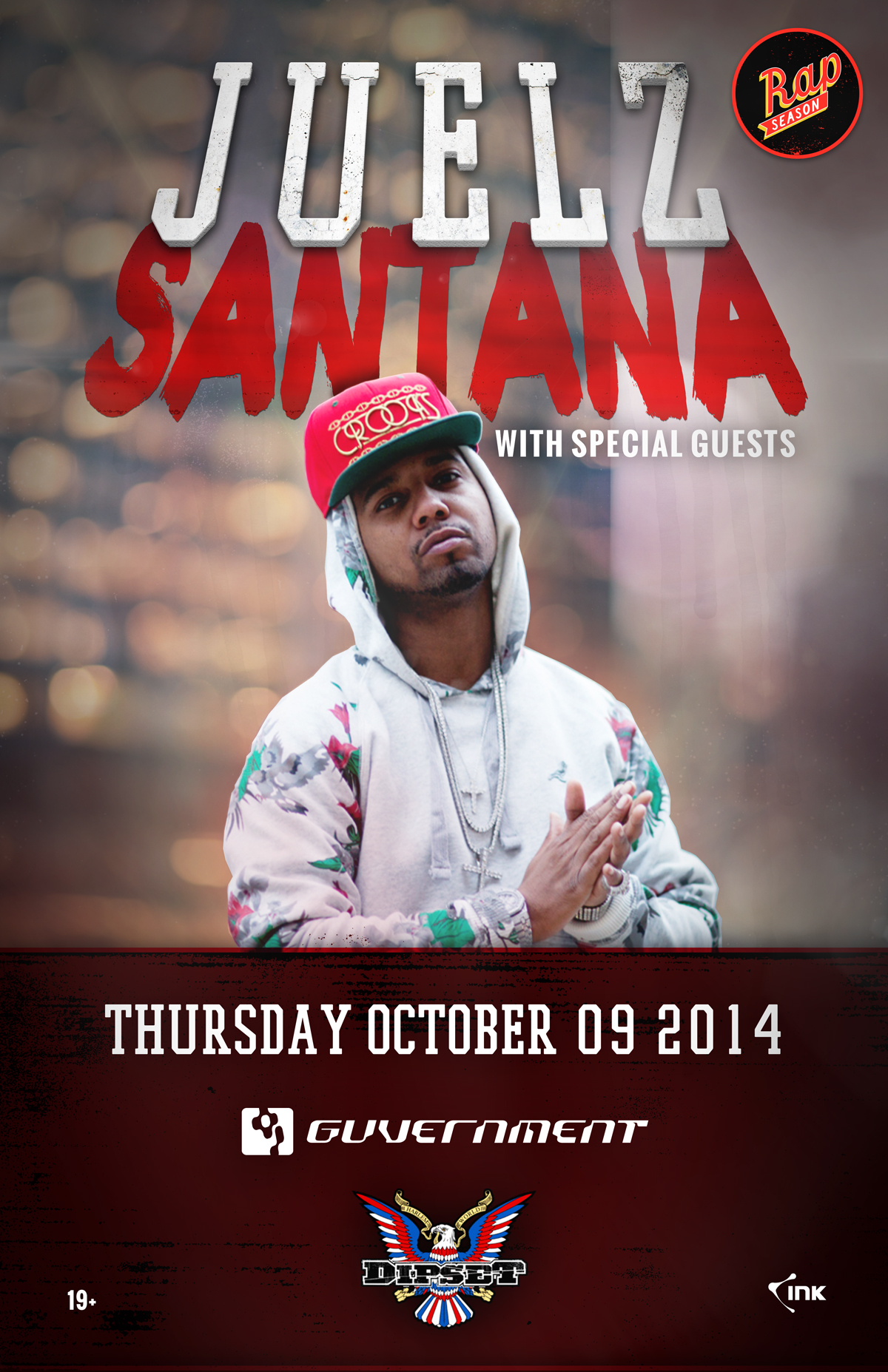 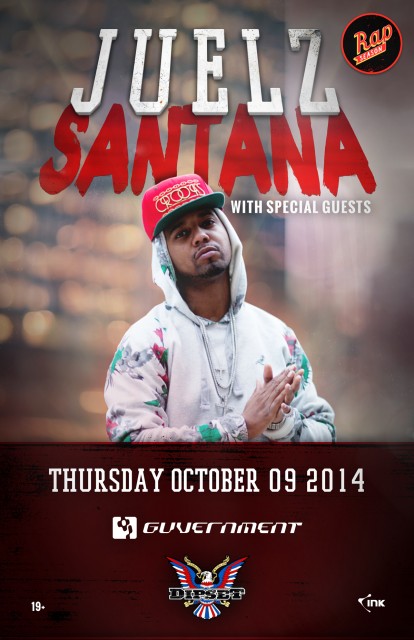 Aye! On Thursday, October 9, 2014 New York rapper and member of The Diplomats, Juelz Santana will perform live in concert at the Guvernment Entertainment Complex in Toronto, presented by Ink Entertainment. He released his seventh mixtape, God Will’n in 2013 as Juelz continues to work on his third studio album Born to Lose, Built to Win, slated to be released sometime this year. Take a look at the full details below.