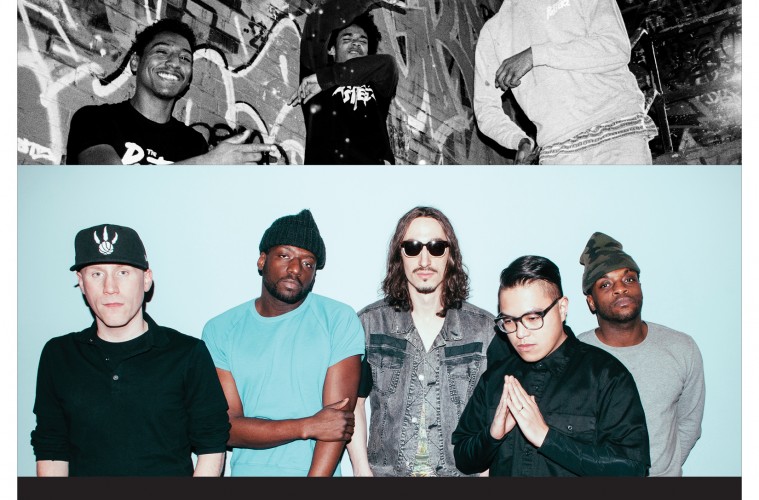 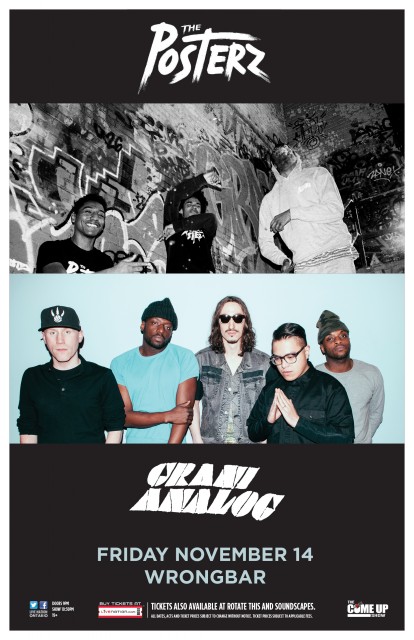 Wooo! This is going to be a show you cannot miss! Friday November 14th we got Grand Analog and The Posterz live in concert at Wrong Bar. You might remember my interview with Odario of Grand Analog I did years ago at Fanshawe College if not please get ready to laugh your bum off.

The contest is set up below, you can enter daily until the contest is over this Thursday November 12 at 6:00pm ET. The higher the entries, the more that tells us how bad you really want to win the tickets! You can also get your friends to enter the contest to increase your chances of winning. Good Luck!
a Rafflecopter giveaway

Press Release from Live Nation
Husser, “the hood punk.” Kris the $pirit, “the neurotic second coming of Nas.” Sir Share-It, “the weirdo production brainiac.” They are The Posterz. Hailing from the community center basement of Montreal, they have come to create raw content for the world to enjoy. To build a community of passionate, culture driven people is their goal, and music is their medium of choice. Their first single ‘The Bass Song’ has attracted tastemaker buss due to the fog of the mystery surrounding it and lead them to a mini tour in Quebec including opening for A$AP Ferg and Pusha T.

Grand Analog is a group of record collectors, musicians and self described beat junkies. You can easily find any of the GA crew DJing at various clubs around Toronto or Winnipeg. The Grand Analog sound is a beautiful mess of rap’n’roll, dub and soul.

The band’s critically acclaimed albums, “Modern Thunder”, “Metropolis Is Burning” and “Calligraffiti”, boast an infectious array of soundscapes. Their current album, “Modern Thunder”, features guest artists ranging from Saukrates, Shad and TALWST to Amanda Balsys of the Wilderness of Manitoba and Maylee Todd.

Grand Analog’s restless feet inspire an extensive touring schedule. The live show adds soul to the bloodline along with frequent stage jams and off the wall spontaneity. Over the last six years, Grand Analog has left its mark on prestigious showcases and festivals such as SXSW, CMJ, Pop Montreal, the Halifax Pop Explosion, JunoFest, Breakout West and CMW plus shows opening for the Roots, the Herbaliser, K-OS, Big Boi and Kardinal Offishall.