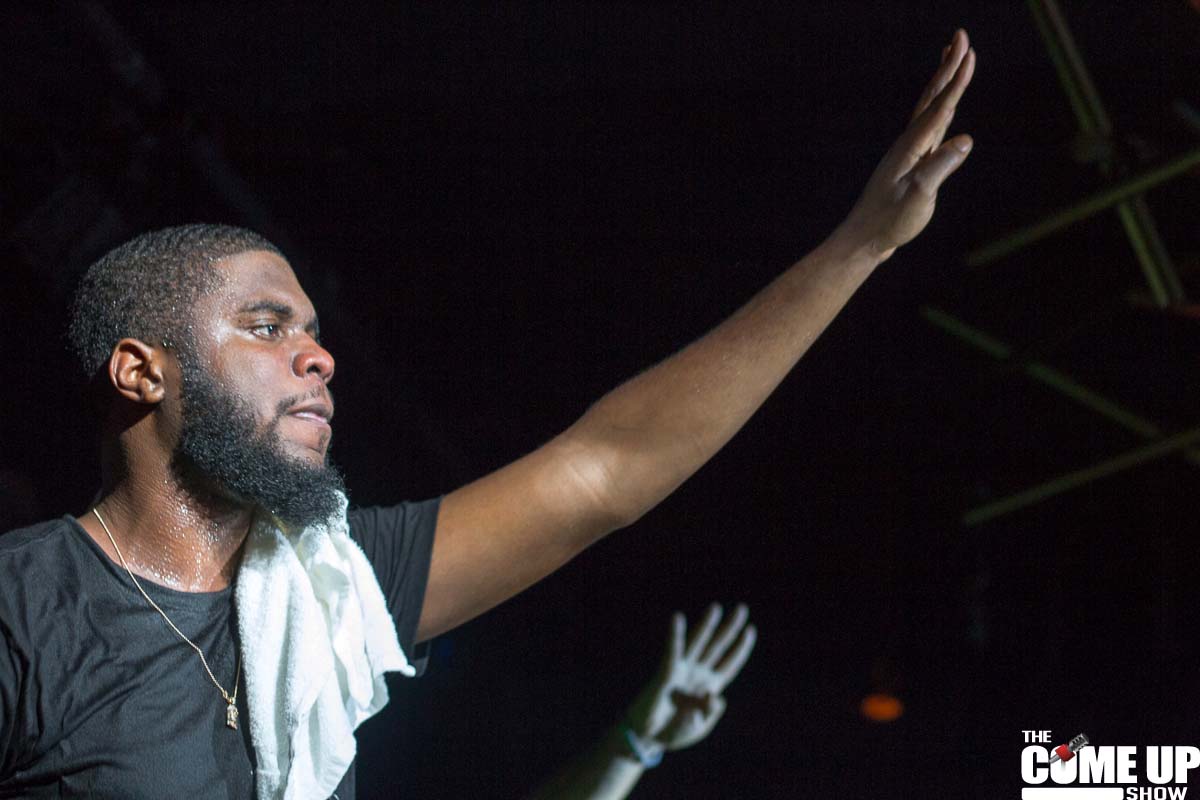 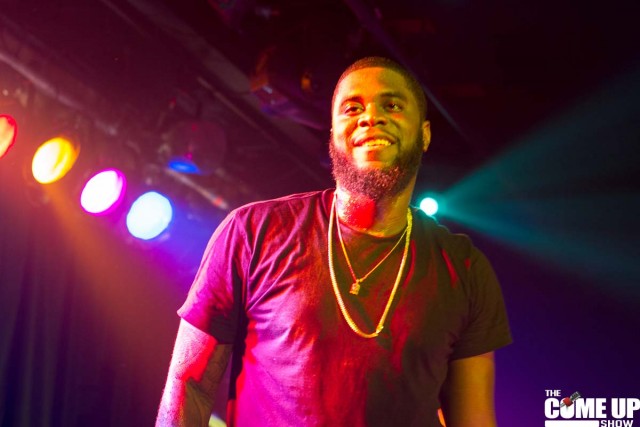 It was a rather unusually frigid night in Toronto as determined fans awaited entrance into Queen West’s infamous venue Tattoo for a performance from the South’s best kept secret Big KRIT. The Mississippi rapper arrived into the city on Friday, October 10, 2014, for his Pay Attention tour alongside Atlanta hip hop collective Two-9 to bring a little bit of that true southern hospitality to the 416! 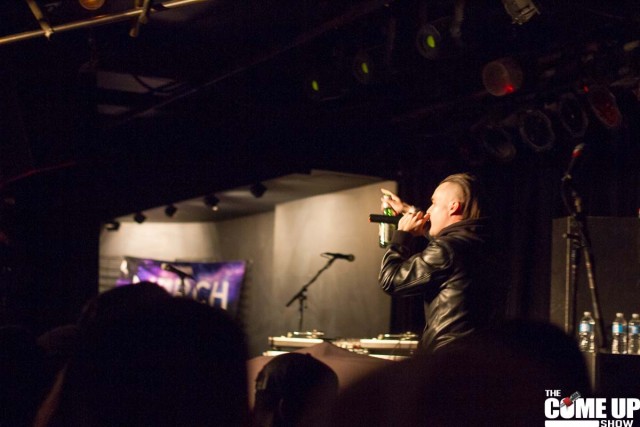 It was 9:00pm as fans agitation levels grew immense waiting for the venue doors to open. The sounds of Bass6 could be heard as fans were finally let inside. The room was quickly packed as all literally settled into their spots for the night’s show. Up first was Smashmouth Entertainment’s own Flex The Antihero who took the stage with more energy than most of the audience that evening. The projection and flow of his lyrics throughout his set were about as cold as the room that night. This was a guy who loved what he did and enjoyed being on a stage. His thirty minute set included the ever personal single “Violet” from his debut project SALEM which was effortlessly executed. The audience’s participation seemed to be more adequate during the song as well but you have to admire and respect the local artist as he definitely did his thing on the stage that night. 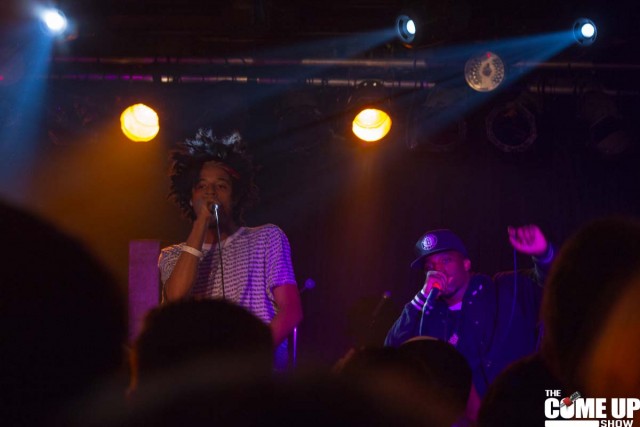 The purple and green lights displayed were perfectly utilized to cast a funkadelic feel in the vicinity. With the Bass6 in the booth arduously attempting to revive the energy before the next act, audience members slowly began to come out of their shells as he played a mix of hip hop club anthems and songs. Rocking her Two-9 hoodie and plaid shirt walks onto the stage producer and DJ Osh Kosh who continued where Bass6 left off with the beats while also indulging the audience with witty jokes and banter before bringing out the collective. To the stage runs out member Curtis Williams or ‘That Boy Curtis’  as his fans call him as he played songs “Drugs” and “Shenanigans” with a refreshing energy boost that had fans jumping along. Moments after the stage was taken by FatKidsBrotha who comprised of Johnny and Dave performed before they were joined by the missing piece of Two-9 Retro Sushi! who also bounced onto that stage with a boisterous amount of energy. The whole collective proved to be stronger as one when they all took the stage together and had the audience literally going bananas during their set. 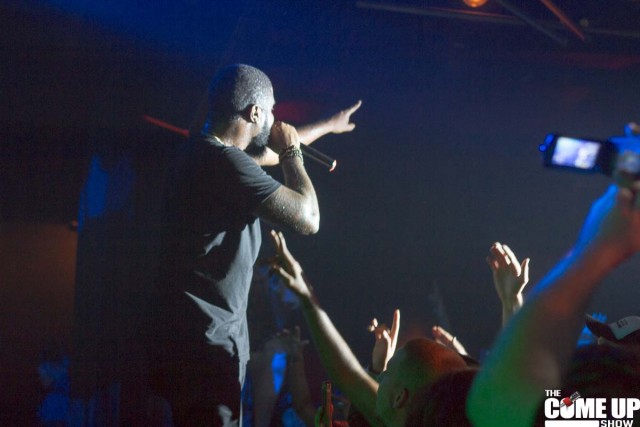 The next few moments were the still calm before a storm as fans geared up for the night’s guest of honour, Big KRIT. The melodic tempo of “Mt. Olympus Choir” whispered through the speakers before gaining volume around the room. The rappers DJ takes the stage and with “Toronto! Whose ready for Big KRIT?” being yelled into the microphone walks out the Meridan, Mississippi emcee right in front for all to see. The most memorable part of the first half of his set came from the ever popular “Country Shit” as the whole room roared in unison with the rappers slick bars. The party continued as he kept the show going with songs “Something Right” and “Talkin bout Nothing” before once again a roar out of the crowd with “New Agenda.” The cool mix of songs continued with “Ridin’ Dirty” and “My Trunk” before a familiar Toronto rappers beat played as Young Krizzle performed his remix to “Believe Me.” 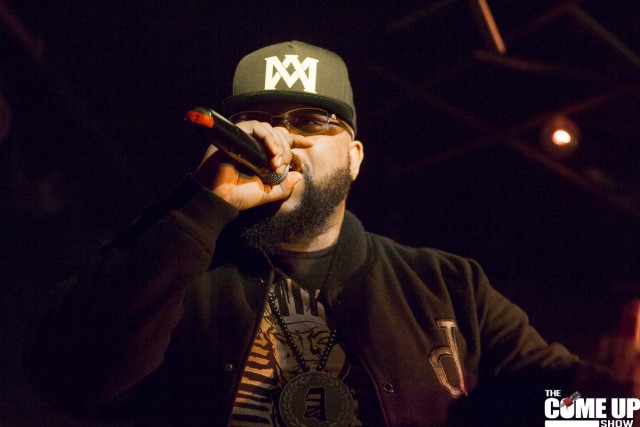 The most interesting part of the set was also followed with the most thrilling audience dynamic one can witness between a fan and their muse. KRIT was joined by the Alumni partner Big Sant while he hailed great Southern artists he was influenced from including UGK and Outkast as they got set to perform “Made A lot,” “Pull Up,” and “How U Luv That.” A homage followed to Michael Brown, the teenage boy from Ferguson whose his life was cut short due to police brutality. As he payed his respect while clenching the stage the emcees humbleness shun through. It was refreshing to see the rapper taking a stance and speaking outright about the injustice. The show signed off on a perfect note with “The Vent” and the emcee’s response to the highly acclaimed Kendrick Lamar “Control” verse with “Mt Olympus.” 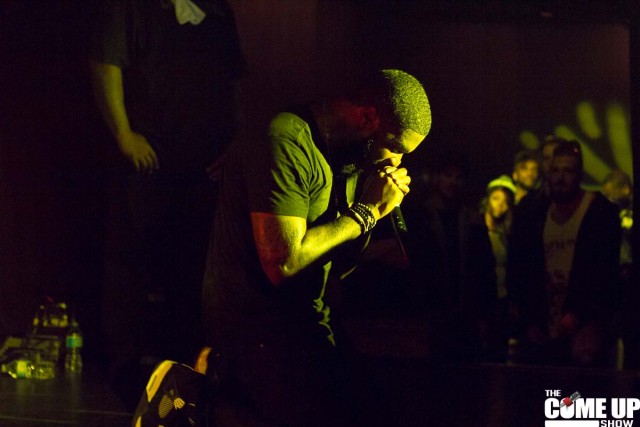 This was a show! A perfect mix of KRIT’s projects in an hour long set and they certainly brought that Southern hospitality with them into Toronto. If you weren’t the biggest of fans walking into that venue, you definitely walked out with no doubts that he embodies what we know as hip hop!