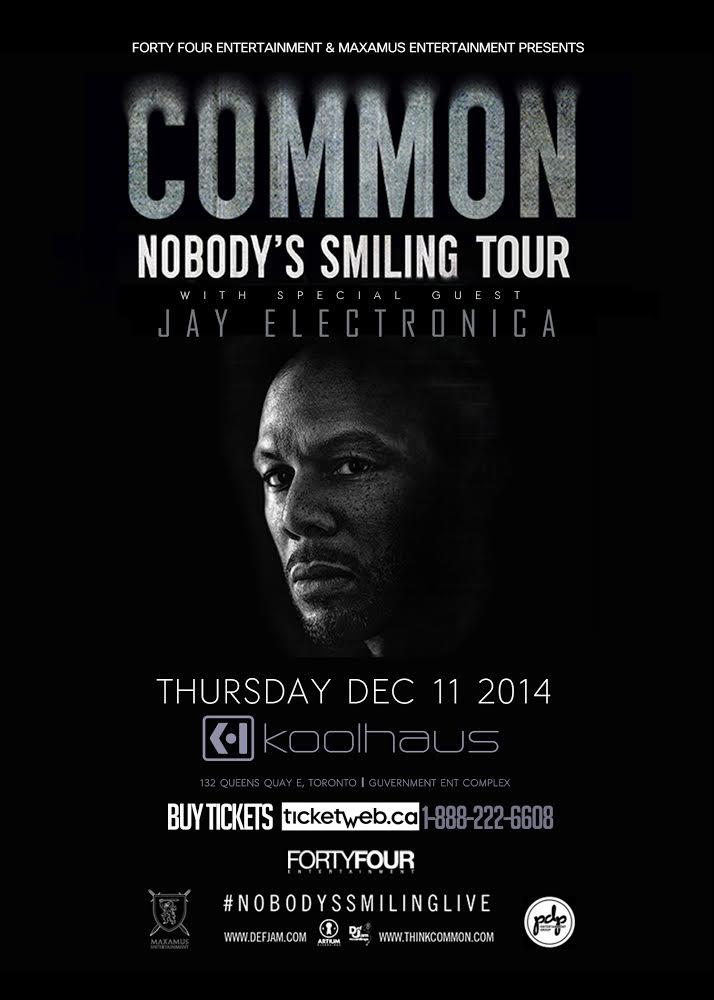 I don’t remember the last time Common has been in Toronto for a concert! I’m excited to see him this December 11 at Koolhaus with special guest Jay Electronica! I clearly remember when Jay Electronica was in town because he headlined Manifesto Festival and I got the chance to interview him. Let me know what song you are most excited to see live by both artist’ in the comment section and look out for the contest we’ll be holding for the show!

Forty Four Entertainment & Maxamus Entertainment presents COMMON’s ‘Nobody’s Smiling Tour’ with special guest Jay Electronica at the Kool Haus on Thursday December 11th, 2014. THIS IS THE ONLY CANADIAN TOUR DATE. “ I’m excited to be touring because I haven’t in several years and to be doing it with an album like ‘Nobody’s Smiling’ is giving me a chance to perform the hip-hop that I love,” said Common. “To have Jay Electronica on this tour is crazy. He is one of the freshest voices in hip-hop today. He truly is sparking the culture.”

The contest is set up below, you can enter daily until the contest is over Monday December 8. The higher the entries, the more that tells us how bad you really want to win the tickets! You can also get your friends to enter the contest to increase your chances of winning. Good Luck!