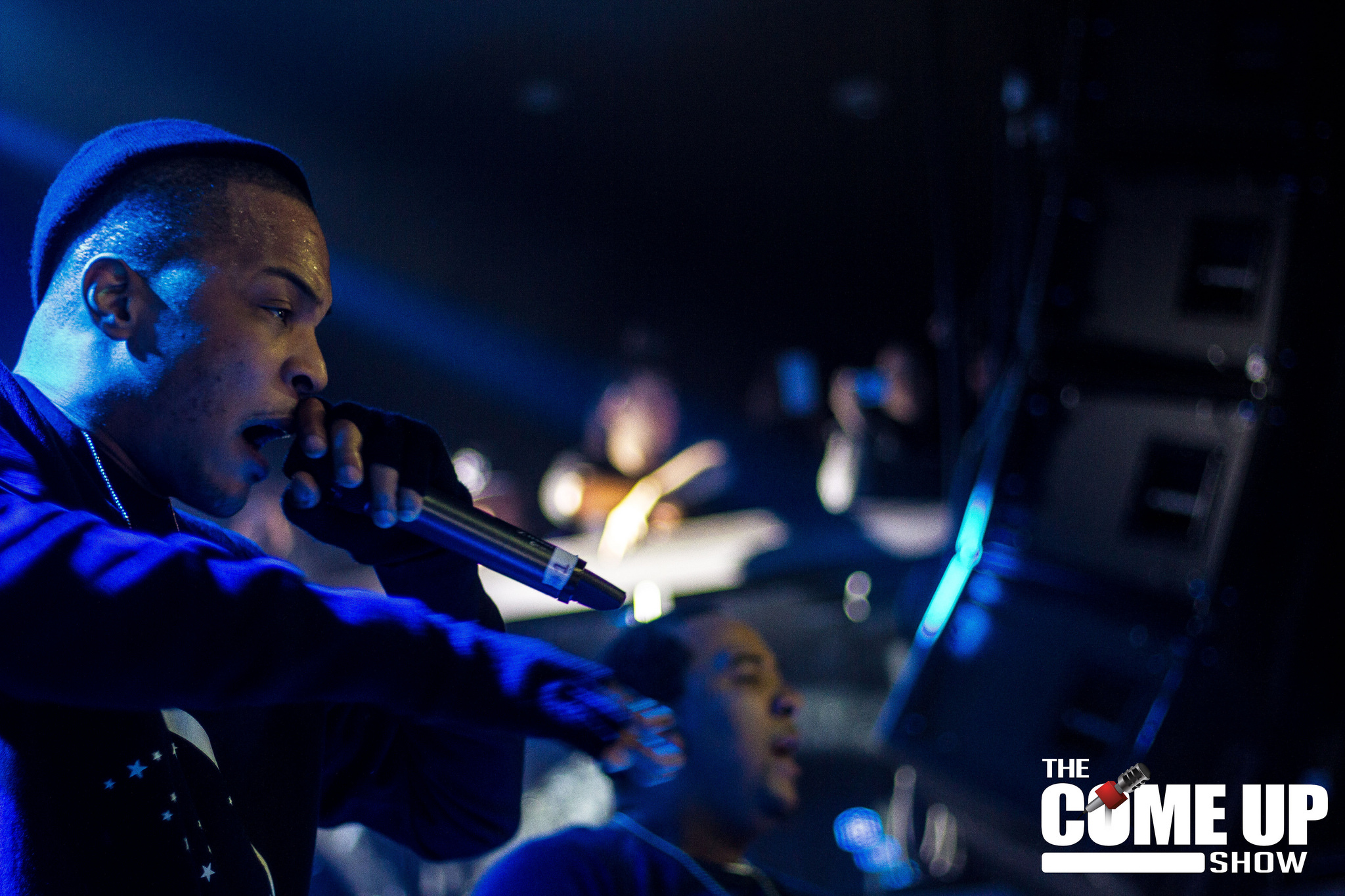 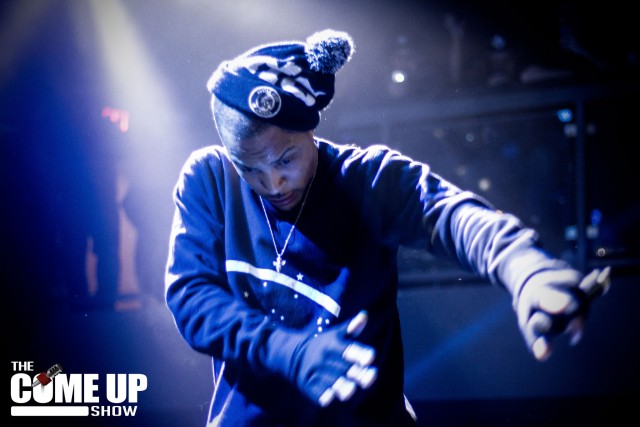 It’s been a long time coming. Myself, I can’t recall the last time TIP was in Canada on tour, nor have I ever been to a show of his. For ninety nine percent of the people waiting in the cold Thursday, Nov. 13th outside London Music Hall to witness what was deemed to be a show to remember, I’ll bet it was the same thing. You could sense a feeling of anxiousness among the concert goers. Excitement was in the air. Everyone dressed to the max. Of course everyone had to show out for the T.I. show. Following the hype as he made his way across Canada on his Paperwork tour promoting his ninth studio album released on Columbia Records, it was clear we were in for a treat though no one could of guessed we were in for what could go down as one of the best shows to hit London this year. It’s not just myself saying that either. Though I have been to every show in the city this year, so you can trust it’s a valid opinion.

It didn’t take long for London Music Hall to fill up, the line stretched up the pathway leading out to Queen St. which you would only expect. It was TIP’s first time in London. The main floor, upper balcony, VIP rooms, everything was at full capacity. DJ MLK set it off early, as everyone patiently awaited the show to start; we got an early preview of what was to come. Everyone pushing to the front to get as close to the stage as they could. I’ve only ever witnessed a few shows that filled that venue as much as it was. Time drew closer 8:30 when the show was supposed to start, and you could see the restlessness in everyone. The Nicest were the first to set it off, being from London it was only right. Being an opening act, it’s always hard to start things off. Especially with a crowd such as the one on Thursday. The Nicest didn’t have a problem doing that though. Their energy together on stage was enough to satisfy the crowd – and it wasn’t over yet. Ngajuana was up next. 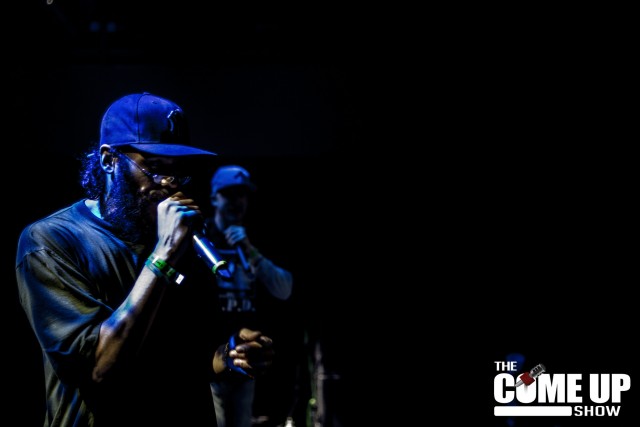 Taking the stage second, Ngajuana recently releasing a compilation of tracks that didn’t make the cut on Paintings in B.R.A.I.L.L.E. – Missed the Cut Vol.1 had to give the people what they wanted and drop a few new tunes. With his Juana Wednesdays weekly series on the go still too, Ngajuana had a tonne of new tracks for the people. Being one of the OG’s in the city, he had no issues capturing the crowd. Producer and emcee MadHattr joined him on stage as well for a few songs. There were lots of new fans you don’t usually see out at shows too, most people you spoke with were from London’s surrounding towns. So it was a good thing to see everyone embracing the London talent.

Being on tour with T.I. the entire time Frisko Lay was up next, and never hearing his music personally before I was interested to see him live, because it’s always one of my favorite things to do when taking in a new artist is see them live. Toronto’s own A-Game were also on tour with T.I. across the entire country, so I was kind of surprised they weren’t on the London show. Though they still showed up to show love. As Frisko Lay hit the stage, everyone livened up even more. You could see the crowd reaction was much better, and he puts on one hell of a performance. It reminded me of the Tech 9ine show, he has that kind of energy. The whole time, through the first three opening acts everyone at London Music Hall were patiently waiting for one man to hit the stage. About halfway through Frisko Lays set, they had to stop and bring out the man of the hour – this crowd was relentless, chanting for T.I. periodically. A few would start, the rest would follow. Frisko Lay finished off his track, gave his shout outs and had the whole crowd screaming “Hustle Gang” before he left. He definitely put on a performance that made me want to dig deeper into his music, I’m sure I’m not the only one who left a fan that night too. 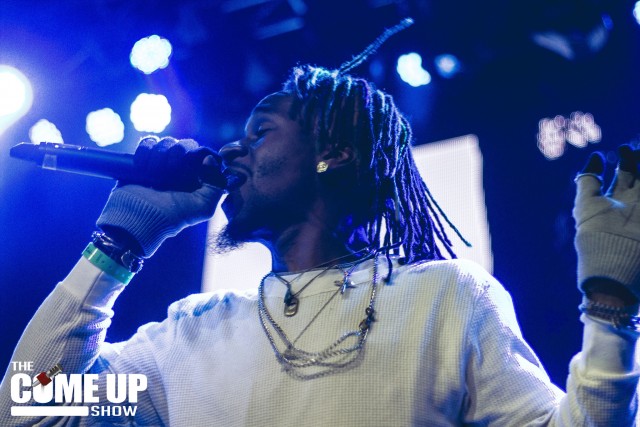 It was time. The moment everyone was waiting for. The lights dimmed, cheers roared. You could of heard the screams from blocks away as the king of the south, T.I. rushed out on stage – 30 minutes early on his set, that’s how pushy this crowd was. T.I. didn’t waste no time either. Taking us down a timeline of hits, “24’s”, “Rubberband Man”, “Bring Em’ Out”, “U Don’t Know Me”, “ASAP” – and it didn’t end there. With everyone in attendance going insane, throwing bra’s on stage, someone from the top row even throwing five dollar bills down onto the stage – it was only just beginning. Getting into “What You Know About That”, “Top Back”, “Big Shit Poppin (Do It)”, “Whatever You Like” and “Whats Up, Whats Haapnin”, T.I. hadn’t even got into tunes off his new album Paperwork yet! The crowd favorites like “No Mediocre”, “King”, “About the Money”, “Oh Yeah” and more. One track I wish he would have performed was “On Doe, On Phil”, though that’s just a personal preference. 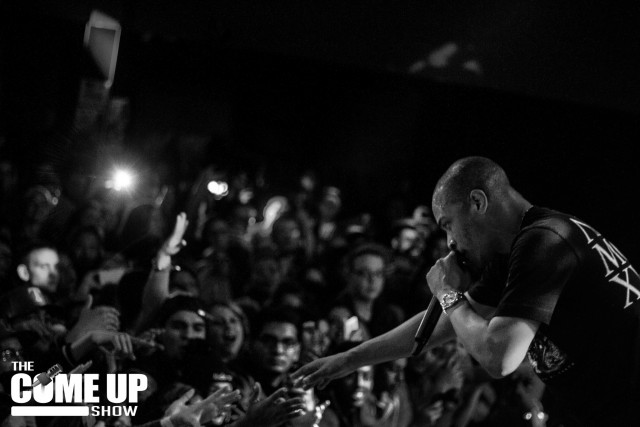 All in all, London couldn’t have received a better show. Special guests P Reign, A-Game and a few other OVO affiliates came out to show love. Which wasn’t expected at all. Coming to London with a sold out venue, T.I. gave fans a show they wouldn’t forget. He even took a minute to tell everyone the importance of chasing your dreams and staying focused to make sure you achieve those goals and don’t let anything side track you. Afterwards, everyone hit the after party up at a disclosed venue, with DJ MLK turning the place up until 3 am. There have been many shows that came through London this year, some better than others – TIP’s stop in London goes down as one of the top three to hit London Music Hall this year. Canada showed him love all the way across the country, the Toronto date the following night even got an even bigger surprise when Drake hit the stage. We can only hope we get to see T.I. come back next year to rock an even bigger show! Check out our full gallery of pictures below and let us know if you’re in any of the pictures and how you thought the night went!