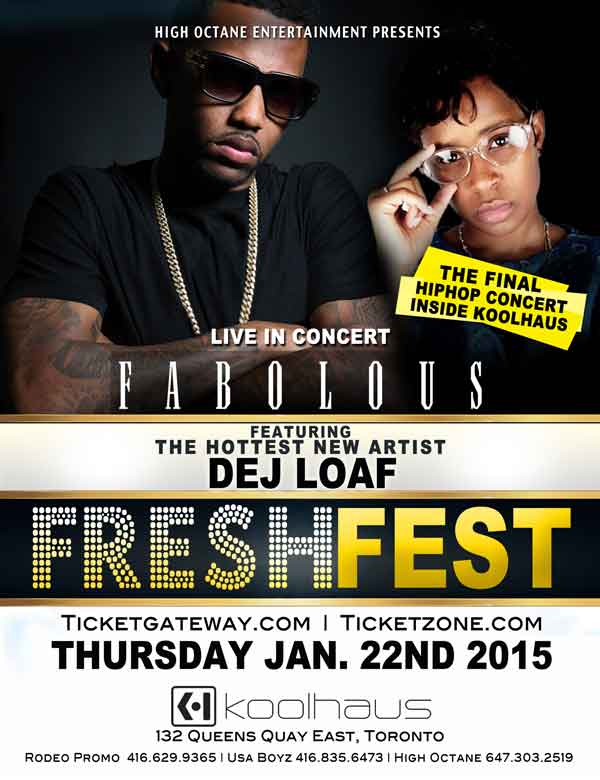 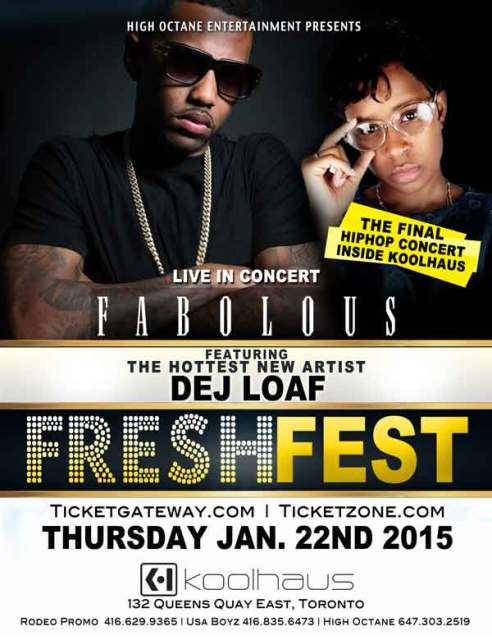 As one of Toronto’s most infamous venues gets set to close its doors, Brooklyn native Fabolous and Detroit’s new fresh face Dej Loaf will make their way to Toronto for the final hip hop concert inside Kool Haus. Presented by High Octane Entertainment the event will be hosted by some of the city’s elite nightlife emcees and will take place on Thursday, January 22, 2015. This is one show urban music fans will want to be in attendance for.